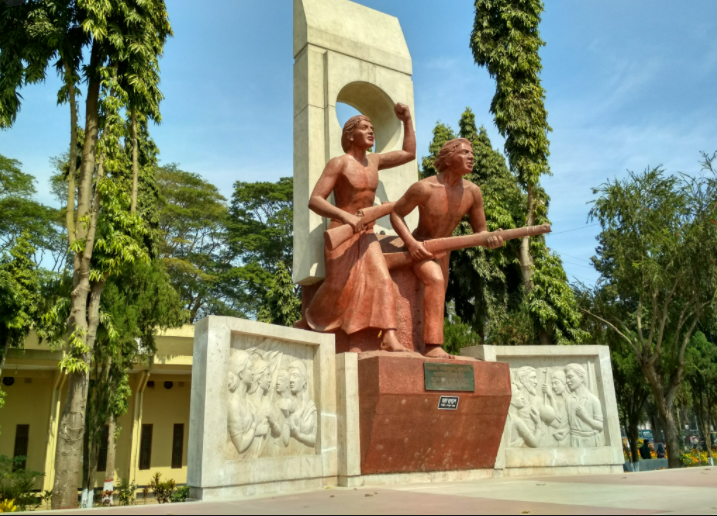 A mortar shell believed to be from the time of the Liberation War was found while excavating a pond beside the martyrs’ memorial near Rajshahi University (RU) on Tuesday.

A worker first spotted the shell while digging the pond and informed police. Members of Rapid Action Battalion (Rab) also went to the spot.

Lt Col Ziaur Rahman Talukdar of Rab-5 said they are suspecting that the mortar shell is from the Liberation War period.

In 1971, Pakistani Army had a camp at Shaheed Shamsuzzoha Hall of RU beside the martyrs’ memorial, he said.

“A bomb disposal team has been informed but it’s not clear whether the shell is active or not,” Talukdar said.

Further steps will be taken after the bomb disposal team examines the shell, he added.