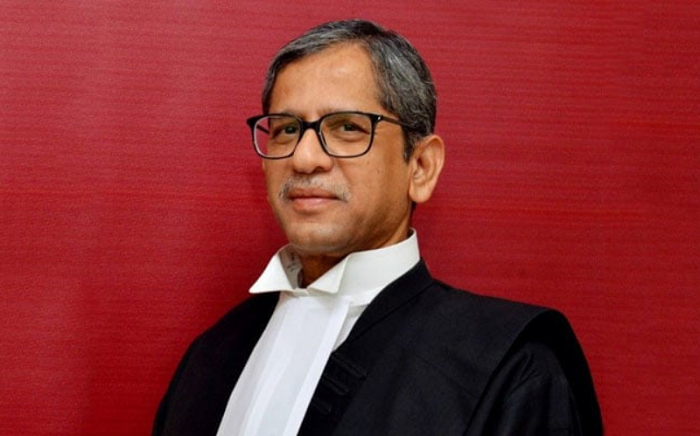 Sworn in on Saturday, the Chief Justice does not have a Twitter, or any other social media, account.

The deleted tweet read: "Due to Ajit Doval's diplomacy, the US decided to supply raw materials to India #vaccination @PMOIndia".
The reference was to a late Sunday night announcement from the United States.

President Joe Biden said he would "immediately" make available sources of raw materials required to scale up production of the Covishield coronavirus vaccine.

Confirmation of the US' decision to release vaccine raw materials from a February embargo came after National Security Advisor Ajit Doval spoke to his American counterpart, Jake Sullivan.

He was sworn in by President Ram Nath Kovind in a small ceremony - attendance was limited due to Covid restrictions - at Rashtrapati Bhavan in Delhi.

"We are going through testing times as we battle the Covid wave. Lawyers, judges and court staff are all affected due to the virus. Some hard measures may be necessary to break the chain of transmission. We can defeat the pandemic together with dedication," the new Chief Justice said.

Part of a bench that said the suspension of internet services in Jammu and Kashmir should be immediately reviewed, he was also part of the panel that said the Chief Justice's office comes under the ambit of the Right to Information Act.