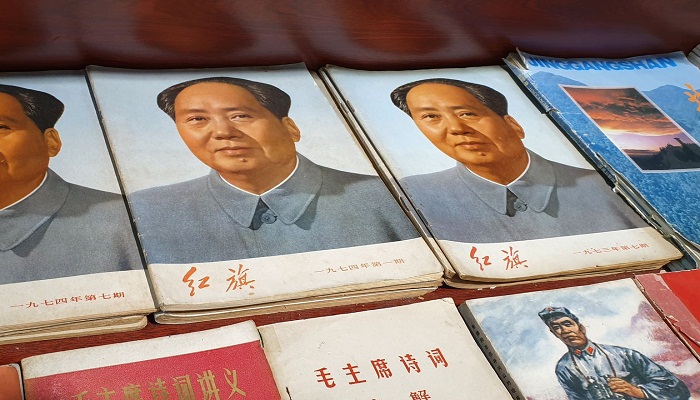 Chinese leader Xi Jinping has called for a rediscovery of the party’s history, and here in the heartland of the faith, pilgrims are answering the call.

This hilltop town of nearly 200,000 people in southeastern China, celebrated as the birthplace of the Red Army and a “cradle of the Chinese revolution,” is one of several sites that have taken on an almost spiritual significance for devotees as they prepare to mark the centennial of the Communist Party’s founding.

“People from around China come here and see Jinggangshan as a holy place in their lives, a spiritual home for them,” Mayor Jiao Xuejun told foreign journalists during a recent visit arranged by China’s government.

Since 2012, when Mr. Xi took the reins of the Communist Party, he has worked to re-establish the party—which had in recent decades appeared increasingly out of step with China’s embrace of capitalism—back firmly at the center of daily life, planting his slogans of Chinese rejuvenation and core socialist values in every corner of the country.

The 100th anniversary of the party’s founding in July 1921 offers Mr. Xi a timely opportunity to reaffirm those values, and historical red sites such as Jinggangshan and Zunyi, in southwestern China, are being harnessed for the cause.

Last year was a difficult one for Jinggangshan, as it was everywhere, as the coronavirus pandemic disrupted tourism. At the town’s revolutionary museum, annual visitor numbers fell by more than half in 2020, to 890,000 visitors, officials said.

Now, with the virus beaten back within China and the centennial approaching, “red tourism” is taking off again across the country, raising nationalist spirits as Mr. Xi calls for a new era of great-power relations between China and the U.S.

On a recent Sunday, the mayor said proudly, some 13,000 people—a one-day record—visited the museum, which commemorates Mao’s establishment of an early revolutionary base there in 1927. That move was credited with shifting the party from one of urban intellectuals to one based in the countryside.

One of the visitors to Jinggangshan on a recent Thursday afternoon was Luo Yinxue, a 71-year-old true believer from the coastal city of Qingdao, who declared that the country’s triumph over Covid-19 was a palpable manifestation of the party’s goodness.

When she looks at the young visitors around her, Ms. Luo said she finds a measure of comfort. “We can see hope for this next generation,” she says. “Xi is putting China on the path of socialism again.”

In gold-plated characters nailed to a bright red wall inside the revolutionary museum, Mr. Xi exhorts the people to “pursue one’s ideals with determination, forge new paths with the truth, struggle arduously to storm the enemy pass, rely on the people to secure victory.”

The admonition, which Mr. Xi uttered during his third visit to the town in 2016 and which local officials now say encapsulates “the Jinggangshan spirit,” heralds a return to what some party members describe as the ideological purity of the early martyrs before comfort and prosperity dulled that revolutionary fervor.

“When you come to Jinggangshan, if you have any troubles in your life or in your studies, you can see the scenes where they sacrificed their lives in their early 20s and you will feel it is easy for you to overcome your difficulties,” said Mr. Jiao, the mayor and deputy party secretary for the town, referring to the roughly 120 state-certified revolutionary relics on display here.

Not to be outdone, 600 miles to the west, Lu Yongzheng, the propaganda director of the southwestern province of Guizhou, declares his province to be the true “holy land” of the Communist Party, boasting officially recognized revolutionary relics in 68 of the province’s 88 counties.

In Zunyi, a city in Guizhou that served as the site of a critical 1935 meeting where, according to official accounts, Mao firmly established his ascendancy over the party and steered it away from the oversight of Moscow’s Communist International, dozens of seniors in retro light-blue army uniforms watched a holographic re-enactment of the event.

Ms. Wang, a 66-year-old woman from Binzhou, a city in coastal Shandong province, was impressed by the presentation while taking her first “red tour,” alongside 50 other seniors from her hometown.

“We need to know where our history and where our country and our party started,” she said.

Outside the meeting hall on Red Army Street, some four dozen seniors between 56 and 81 years old, wearing the same Red Army uniforms, sang hymns to Mao Zedong, including “The East is Red,” accompanied by saxophone, keyboard and drums.

In Jinggangshan, hundreds of elite cadres from around the country gather each year at the party school for an extra dose of revolutionary education. In one large lecture hall on a recent afternoon, Chen Shenghua, a party historian, instructed his listeners to heed Mr. Xi’s call to “carry on the red genes” of the party’s early revolutionaries.

To hear the party cadres tell it, it is working. Zhou Xiaojing, 49, a central-bank employee who was on day two of a two-week training regimen of readings, lessons and small-group discussions on party theory and revolutionary history, told reporters that when he goes back to his day job in the central Chinese city of Zhengzhou, he will draw inspiration from Mr. Xi’s call at Jinggangshan.

Then, he repeats the mantra that, in separate interviews, the other cadres dutifully recite—to pursue ideals, seek truth from facts, arduously struggle and rely on the people—citing them as general guideposts for life.

“When I come to Jinggangshan, I find my faith reaffirmed,” said Mr. Zhou.