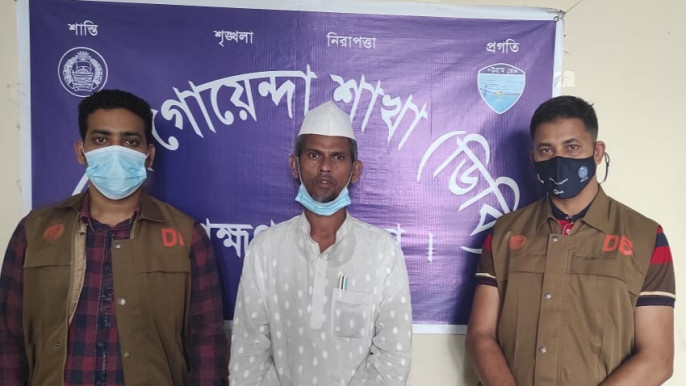 Police arrested one more Hefazat activist for his alleged involvement in the mayhem that took place last month in Brahmanbaria in front of the district's national hero Abdul Quddus Makhan Municipal amphitheatre of Brahamanbaria on Sunday night.

The arrestee is identified as Zakaria Khan, 43, assistant publicity secretary of Hefazat-e-Islam’s the district committee.

This is the first arrest of a leader who holds a position in Hefazat in connection with the violent clash.

Police said they raided various places in the district from Sunday morning to Monday morning and arrested nine more people in connection with the clashes and vandalism of Hefazat supporters. The number of arrests now stands at 369 people.

Brahmanbaria Additional Superintendent of Police (Administration and Crime) MdRaich Uddin said, "A special operation team of the district police arrested Mufti Zakaria last night. He was involved in the violence that took place from 26 to 27 March.