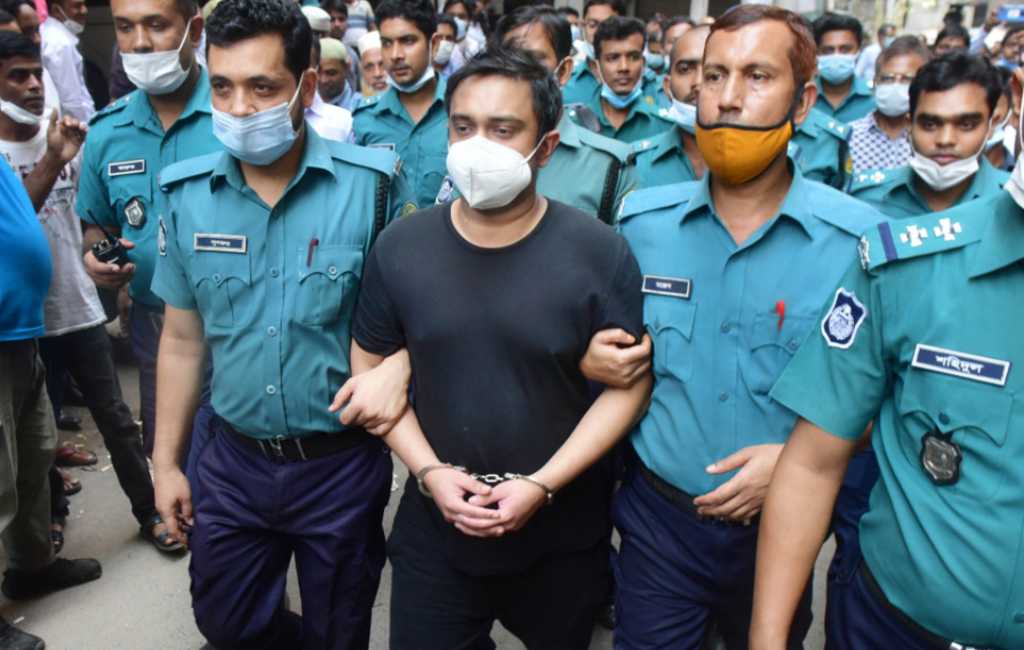 The Supreme Court on Sunday upheld a High Court verdict that granted bail to Erfan Salim, son of Awami League leader Haji Salim, in a case filed over assaulting a Navy officer in October last year..

A full bench of the Appellate Division of the SC headed by Chief Justice Syed Mahmud Hossain dismissed an appeal filed by the state, challenging the HC verdict.

Advocate Syed Ahmed Raza, said “Five cases have been filed against Irfan in this connection. Of these, Irfan got acquitted from two cases in lower court while he secured bail in two other cases from High Court and now the Appellate Division also upheld the High Court order in the last case.”

So that, there is no bar to release him, he added.

On April 22, the Appellate Division of Supreme Court fixed April 25 for hearing the petition filed by the state challenging bail of Irfan Selim in the Navy officer assault case.

On March 18, the High Court granted him bail which was later stayed for four weeks by the chamber judge on March 28.

On April 8, Irfan filed a petition challenging the stay order.

According to the case statement, a private car hit Bangladesh Navy’s Lieutenant Wasif Ahmed Khan’s motorcycle near Labaid Hospital at Dhanmondi on October 25, 2020 when he and his wife were returning to their Mohammadpur residence from Nilkhet.

Later, some people, including Irfan, came out of the car and physically assaulted Wasif and verbally abused his wife.

The Navy officer filed a case at Dhanmondi Police Station, naming four people including Irfan. The three other accused are AB Siddique Dipu, 45, Md Zahid, 35, and Md Mizanur Rahman, 30. All of them are behind bars now.

On October 26, 2020, Rapid Action Battalion (Rab) detained Irfan from his father’s Devdas Lane residence in Old Dhaka. Two firearms, 38 walkie-talkies and liquor were seized from his house during the drive.

He was suspended from the post of councillor the next day. He has been facing four more cases.