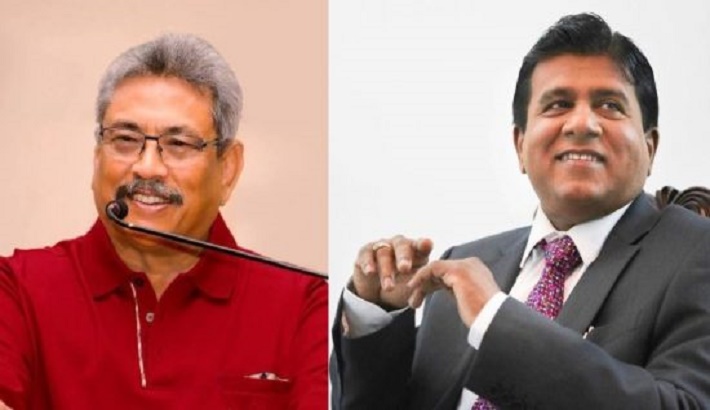 The government of Sri Lanka is now swallowing its own bitter pill when one of their ruling Party members, an outspoken lawyer, Colombo District SLPP MP, Dr. Wijeyadasa Rajapakshe who aggressively campaigned for President Gotabaya Rajapaksa’s win, came out openly on April 15, accusing the President  in uncertain terms that the Port City Bill explains that the reclaimed land is a Chinese colony.

He said the President had the audacity to table the Bill that is of no benefit to Sri Lanka.

Going by the recent history, this is one of many occasions where China has been highly criticized and exposed as a bad deal maker despite China is on a major mission in promoting its Belt and Road Initiative (BRI).

Already, China’s Sinopharm vaccine is on halt as they have not produced the vaccine data. The  Chinese government donated 300,000 doses of BBIBP-CorV COVID-19 vaccine manufactured by  Sinopharm to Sri Lanka on 16th January 2021 and then increased the amount to 600,000 on 26th February but it is only being administered to the Chinese workers in town currently.

MP Rajapakshe also filed a petition against the Port City at the Supreme Court before hosting the press conference where he was seen with a Buddhist Prelate Ven. Muruththettuwe Ananda Thero of  Abhayarama Temple where the ruling party was formed.

Both of them accused the government of a law that is not viable for the country. There were 14 other petitions that were filed against Port City including Transparency International.

In an apparent rage, President Gotabaya telephoned MP Rajapaksa on the following day and told him an earful.

Immediately MP Rajapaksa held his second press conference to tell the public that the President used ‘unfit’ words on him which was not expected. “He should rather explain what made him table the proposed law on Port City but it appears to be a direct threat to my life and my family,” he said.  .

What made the President angry would have been when MP Rajapakshe accused the President that he does not take any decisions on his own and he is a puppet acting on the decisions made by SLPP National Organiser, Basil Rajapaksa (his brother) who is the ‘unofficial’ president of the country.”

He added that the Buddhist prelates are saying that Basil sent his brother Mahinda Rajapaksa before his presidency tenure ended in 2015 and he will do the same to Gotabaya who would exit in two years.

He pointed out that the current President came to power assuring he would revisit the Chinese deals suiting the country. “He came to power saying he will protect State property and instead is selling State property and committing robbery together with Basil while both their children are citizens of the US hence, they are least concerned about affairs of this country.”

“President Rajapaksa was only elected President due to the faith people have in Prime Minister Mahinda Rajapaksa but the PM is now being made powerless,” he lambasted.

He demeaned the President by saying that the 69mn voters did not actually vote for Gotabaya.

Pointing that China reclaimed land for the port city was when Sri Lanka lost nearly 1,101 ha due to sea erosion and after reclaiming 446 ha of land it is run as a colony.

“Because Sri Lanka is becoming a Chinese colony we have antagonized the Indians and they might take away the Katchatheevu,” he lamented.

It is said that nowhere in the world, a President of the country would table Bill for approval and this action of him expresses how confident he is that it would be passed without any hindrance in the Parliament as he holds the 20A, a powerful executive presidency.

He insisted that 1,100 acres allocated for the Colombo Port City are not a part of the Colombo District and is not under the control of the Colombo Municipal Council (CMC). Also, it could be adduced by the contents of the Bill that it is not considered a part of Sri Lanka.

Ven. Muruththettuwe Ananda Thero filed his petition on behalf of the ‘Rata Rakina Jana Handa’ organisation and Attorney-at-Law, Dasun Nagasena, challenging the Bill for violating provisions of the Constitution.

“The control over the Port City has been removed from every entity it is ought to be governed by and is being vested under the Colombo Port City Economic Commission, according to this Bill.

The decisions with regard to the Colombo Port City will be taken according to the needs of the investors who are the Chinese company making this a Chinese Colony,” MP Rajapakshe lamented.

He said the Inland Revenue Act and 14 other Acts applicable for the collection of tax will be inapplicable in the Colombo Port City due to which no tax income could be made from this portion of land.

He criticized that the salaries paid within the Port City will not be paid in Sri Lankan rupees and will only be paid in Chinese Yuan.

“It’s a separate State for the purposes of the ‘Montevideo Convention on the Rights and Duties of States according to which the requisites to be considered a State is that it should  have a permanent population, a defined territory, a Government and the capacity to enter into relations  with other States which are all applicable to the Colombo Port City.”

The former government exposed many of the corrupt politicians who had their safe in Mauritius Island,Panama, Beijing, UAE and Seychelles but none of those was proved, however, people are aware of the corruption.

In this background, China and the incumbent government need to watch out.

The government came to power promising to safeguard Buddhism and to strengthen the national security. The Prelates are also watching closely on those promises.

The national security is not about being watchful on extremism or worried about the resurrection of TamilTigers but also to protect Sri Lanka from external forces that is stealthily infringing the country’s sovereignty.