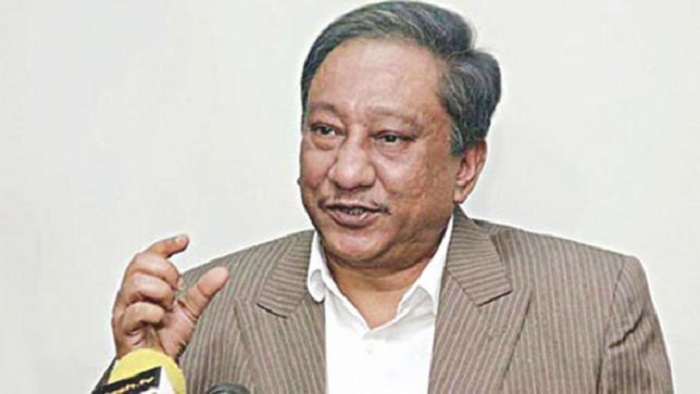 President of Bangladesh Cricket Board (BCB) Nazmul Hassan Papon, MP, believes that the future of country’s cricket is at good hands, considering the way the newcomers stepped up in the absence of some big players of late.

The BCB chief made this comment at a moment when Bangladesh cricket has been in tumultuous condition following their drubbing in the Test series at home against a severely depleted West Indies side and limited over series against New Zealand.

“In fact I have though it in different way. As far as the New Zealand series is concerned, I will utter the name of Naim Sheikh, Afif Hossain, Sheikh Mahedi Hasan, Shoriful Islam and Taskin Ahmed. Apart from Taskin, all are new players in the team,” Papon said.

“If you see the ongoing Sri Lanka Test, you will find comparatively a new player Nazmul Hossain Shanto played well. The way our young generation is playing, I think our future is very good.”

According to the BCB president, the disastrous result against West Indies and New Zealand was down to the lack of strategy and communication gap, which they plugged well by sending Kahled Mahmud Sujon as team director in Sri Lanka.

“We lost the series against New Zealand but we have to understand, there are many players, who visited New Zealand for the first time and the condition there is very tough. There is no reason to feel bad for the defeat. At the same time, there are many reasons for our defeat. We couldn’t expertly take the strategic decision and there was communication gap,” he elaborated, adding that Khaled Mahmud made the team spirited.

“Now at least I could know whether the team would bat or bowl first if they win the toss, a thing that I couldn’t know in the past. Khaled Mahmud played his role well and because of him, team became spirited. He is such a person who could inspire the team.”

Papon said they emphasized on bolstering the pipeline so that Bangladesh could thrive in Test cricket also like the ODI cricket.

“After being elected as the president for the second time, I told we will emphasize on our pipeline. We had already started our programme but due to the Covid-19 pandemic, it was jeopardized. You had seen Under-19 World Cup and aged level cricket. We were successful in those due to the proper planning. Even though pandemic disrupted our progress, I am still hopeful because we have got enough talented players in junior level.”