Fake social media accounts and marginalisation of women in Pakistan 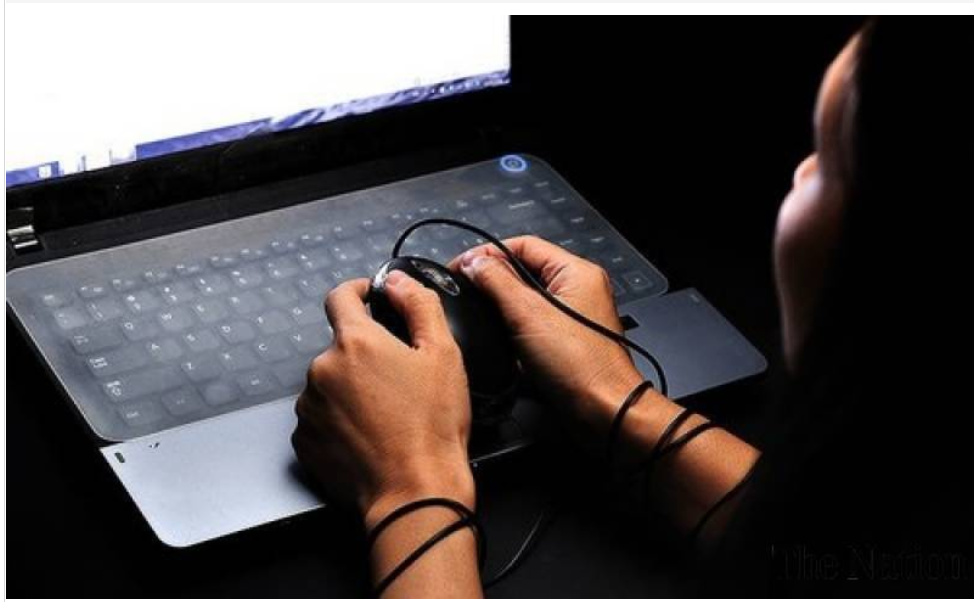 Pakistani social media circles continue to bear witness to an influx of fake accounts. Among a recent trend is a rise of Twitter handles posing as foreigners, often upholding claims that bear uncanny resemblance to the state’s narrative.

Recently a foreign female blogger tweeted: “No one in the world respects women as much as Pakistani men.” And not so surprisingly, all hell broke loose. Many started to share this as ‘proof’ that women are safe in the country, unlike the claims of ‘leftist and liberal’ media and activists. Meanwhile, the leftist media and personalities started bashing Katherine George over the tweet.

“So true! You should try and organize a women's day march and see what happens!” wrote rights activist Ammar Rashid, quoting the blogger’s tweet.

One newspaper wrote an entire article over the reactions on the tweet, which gives a glimpse into the state of journalism. However, after a couple of days, the truth was revealed and people came to know that the Twitter account was fake and pictures of actual Polish travel blogger, Aleks Mroz, were used in this account. The account was made on February 1, and had over 12,000 followers.

Before the account’s actual identity was revealed other Twitter users also took it to the task. One user Hira Najam wrote:

“Women: Govt should talk to us about how to make our lives easier so we don't live in constant fear of harassment, rape, murder, among others and live normal worthy lives.

Govt: Ain't nobody got time for that. Here's a foreigner to tell these women ALL their experiences are false.”

In a series of Instagram stories, Mroz denied the statements by Katherine stating that some imposters have stolen her pictures. "The post clearly tries to show that a white girl coming to Pakistan for a moment thinks she knows everything about Pakistan now," she wrote. She further said that she will never speak for any Pakistani women, because they know their country best. The blogger further asserted that “women fought against gender-based crimes and violence and me as a foreign woman in Pakistan have no right to state such clear statements.”

This is not the first time, such an incident has happened. As former ISPR DG Major General Asif Ghafoor had repeatedly talked about Fifth Generation Warfare, this could be a part of it, observers say. They note that since praise from a white blogger or traveler goes a long way in Pakistan, it also helps ‘improving image of Pakistan globally’.

Indeed, experts say that using a fake account with fake images will not help the cause of the country. Although, it would give an initial euphoria to the people of country and they can boast on social media, how great the country is and how we treat our guests, but in the long run, it would be destructive. Observers maintain that repetition of such incidents will eventually backfire and people will not, especially, foreigners will stop believing this narrative.

Currently, there are a number of accounts, which promotes Pak-Turk friendship, and Cordial relations between Pakistan and Russia, and continuously tweet about Pakistan, its rivalry with India and their strong support for Pakistan. The latter account of ‘Russian Journalist’ has been suspended by Twitter, which digital activists say could be because it is fake.

Local sociologists and experts say that we, as a nation, love to share the tweets from such accounts because they paint Pakistan in positive colors, which is totally justified as everyone likes to see their country have a good reputation. However, digital activists underline that one must do their research before believing and sharing the contents of such accounts, which apparently only focus on Pakistan and its politics. They urge us to check the history of such accounts, the people running the account, so that gives us an authentic source.

For, they say, such accounts can manipulate the source of information and perspective about different issues, hence one must do their research which does not take much time.