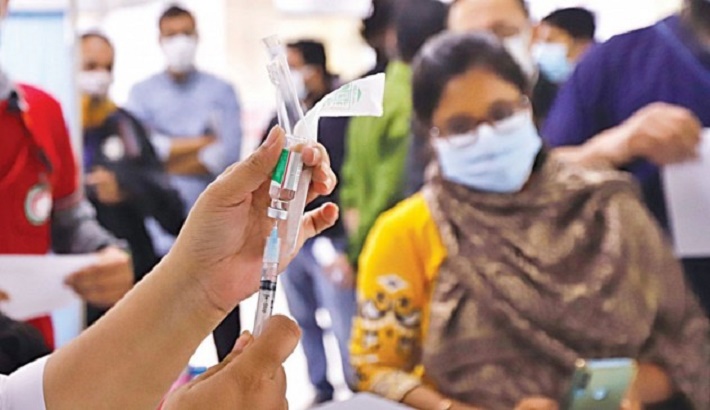 A total of 15,057 people were administered the first dose of COVID-19 vaccines ton Monday while 14,06,78 received the second dose across the country during the same period.

Among the vaccine recipients of the first dose, 9,522 were male and 5,535 female while among the second dose receivers, 89,618 were male and 51,060 were female, according to the data of Management Information System of Directorate General of Health Services (DGHS).

People aged 40 years and above now can get registered to receive COVID- 19 vaccines, the health ministry sources said.

The vaccination drive was conducted at 50 hospitals in Dhaka city and 1,005 hospitals outside the capital on Monday, the DGHS said, adding that the immunization programme will begin at 8am and it will continue till 2.30 pm every day.

But some hospitals will continue the vaccination programme throughout the day, the health official said.

The inoculation would be administered among people in government hospitals up to upazila-level while 71,33,899 people got registered till 5.30pm on Monday.