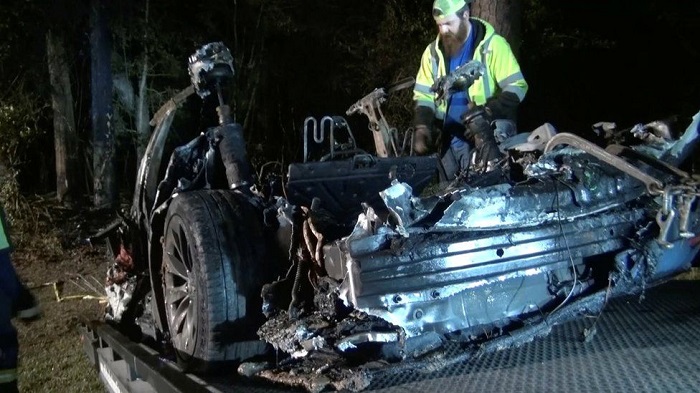 Two men were killed after a Tesla car crashed into a tree and caught fire in Texas, and police believe there was nobody present in the driver's seat at the time of the accident.

The 2019 Tesla Model S was travelling at a high speed when it failed to negotiate a curve on a winding road.

The victims, both in their 50s, were found in the front passenger seat and in the back of the vehicle.

Tesla did not respond immediately to the BBC's request for comment.

Evidence suggests that “no-one was driving the vehicle at the time of impact,” said Mark Herman, Harris County Precinct 4 constable, adding the case was still under investigation.

It is unclear whether Tesla's Autopilot feature was in use.