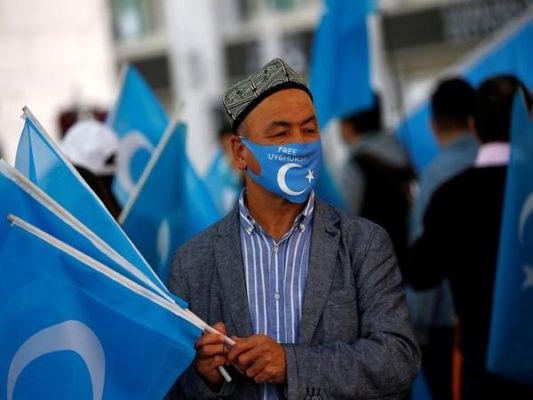 Chinese's policies demand a response commensurate to the scale of the atrocities against Uyghur Muslims, said former staff director of US Congressional-Executive Commission on China.

In an opinion piece in Foreign Policy, Peter Mattis said that China's recent push to punish compes that refuse to use Xinjiang cotton shows Beijing demands "complicity as a cost of engaging with them".

"As part of the campaign against Uyghurs, Uyghur-language education has been largely if not entirely eliminated. In 2019, China's State Council issued a white paper denying Uyghurs' Turkic roots, claiming them instead as part of the Chinese nation," he wrote.

"Even as China detains Uyghur religious leaders, forces Uyghurs to violate Islamic social mores, and destroys their holy sites, Beijing claims to be protecting Muslims' right to their beliefs. All of this has been done in the name of joining the Uyghurs to the party's version of Chinese modernity," he added.

He reminded that China's actions "very clearly" meet four out of five conditions of genocide--and to declare a genocide one condition is enough.

"And while no evidence has emerged of mass killing yet, the conditions that would enable it are very clearly being created. Jewish groups are increasingly speaking up about Chinese policies in part because they recognize the cruelty that marks China's dehumzation of the Uyghurs," he says.

"For adults, the expression of Uyghur culture is enough to result in detention, whether informally in the camps or formally through the prison system. The reasons for detention or disappearance include, but are not limited to, telling others not to sin, attending a traditional funeral, traveling abroad, abstaining from alcohol and cigarettes, public expressions of grief when your parents die, praying, fasting, going to a mosque, speaking your native language in school, having a full beard, or being related to anyone who has done any of the aforementioned things," he wrote.

In February, Canada's House of Commons voted overwhelmingly to declare China's treatment of its Uyghur minority population a genocide. The motion -- which passed 266 to 0 -- was supported by all opposition parties and a handful of lawmakers from the governing Liberal Party.

The Netherlands Parliament too had passed a motion saying the Chinese treatment of the Uyghur minority is a "genocide". The Netherlands becomes the first European country to take such a move.

"Regardless whether officials call it genocide or merely crimes against humty, China's policies demand a response commensurate to the scale of the atrocities happening at this very moment. And the world has to acknowledge these atrocities are exactly what the CCP intends," Mattis said.