Kamal Chowdhury: A Creative Soul Given to Beauty and Harmony 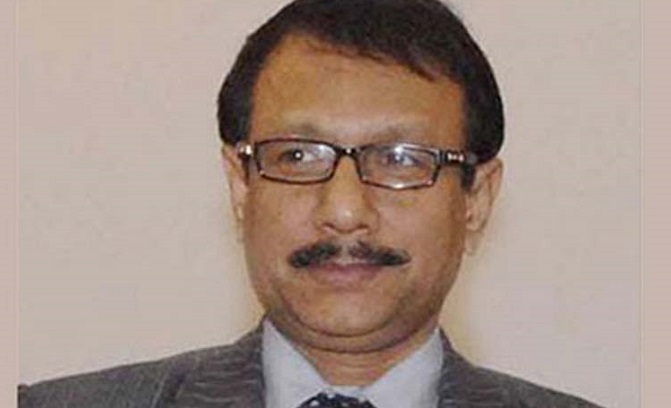 Dr. Kamal Abdul Naser Chowdhury, popularly known as Kamal Chowdhury, has been an epitome of a skilled administrator, an efficacious organiser, a creative poet, and a prolific writer. He is one of the most prominent among the small handful of poets in post-seventy-one Bangla poetry who have formed a unique identity of their own in highlighting the socio-cultural positives of Bangladesh and the Bengali nation. The concurrent condition of Bengali life and its surroundings along with happiness and crisis, its inner orientation, the nature and the metamorphosis of nature-bound life, the humanist undercurrent of the social structure of Bangladesh, the rise and fall of human nature through the excellent and evil orientation of power relations, psychological topsy-turvy, humanitarian boons and crises--all have been articulated into aesthetic forms in the poetry of Kamal Chowdhury. Moreover, Dr. Chowdhury has lived a very successful and colourful life as an Admin Cadre. He has grabbed every chance of satisfying his patriotic zeal standing by the people of Bangladesh in their weal and woe. In his personal and social life also Kamal Chowdhury has never forgotten his identity as a man and as a Bengali. A staunch follower of the politics and ideals of the Father of the Nation Bangabandhu Sheikh Mujibur Rahman, poet Kamal Chowdhury has always indulged in activism in favour of the Bengali nation and its people.

Kamal Chowdhury was born on 28 January 1958 in Cumilla. Son of Ahmad Hossain Chowdhury and Begum Tahira Hossain, Kamal Chowdhury had his secondary education from Gaidyanil High School in Narayanganj District from where he passed his SSC examinations also in 1973. He then appeared at the Higher Secondary Certificate (HSC) examinations from Dhaka College in 1975. Later, he graduated in sociology from the University of Dhaka. Kamal Chowdhury, the lifelong seeker of knowledge, also obtained a Ph.D. in anthropology in 2000.

Dr. Kamal Chowdhury started his career in Bangladesh Civil Service as an Assistant Commissioner in the administration cadre in 1982. In his long and eventful career, Dr Chowdhury, after diligently and efficiently serving at different prestigious administrative positions of the Government of Bangladesh, became a Secretary in 2010. He served as the Secretary in the Ministry of Information, the Ministry of Education, and the Ministry of Public Administration. He also became the Senior Secretary of the Government. Kamal Chowdhury also served as the Principal Secretary to the honourable Prime Minister Sheikh Hasina as a recognition of his diligence, wisdom, and enduring loyalty to the Awami League Government and its ideals.

During his career in Bangladesh Civil Service, Dr Kamal Chowdhury received professional training from Smithsonian Institute, USA; Duke University, USA; Birmingham University, UK; Civil Service College, Singapore, World Bank Institute, Washington DC, USA, and so on. Besides, he also attended numerous international meetings, conferences, workshops & seminars. Apart from all those professional achievements, he also represented Bangladesh at the UNESCO Executive Board from 2014 to 2017 and chaired the Committee on Conventions and Recommendations of the UNESCO Executive Board.

Kamal Chowdhury's current position as the Chief Coordinator of the National Implementation Committee for the Celebration of Mujib Borsho, the Birth Centenary of Sheikh Mujibur Rahman, the founding father of Bangladesh, is undoubtedly the most special appreciation by Jononetree Sheikh Hasina led Awami League Government. Kamal Chowdhury, a time-tested admirer of Bangabandhu and his ideals, is probably the right person who deserves such glory and acclamation. His sharp conscientiousness, magnificent leadership capacity, and keen sense of balance have been instrumental in his being chosen for such a dignified position by the honourable Prime Minister Jononetree Sheikh Hasina. Kamal Chowdhury has quite successfully retained the honour of the Prime Minister's trust as he has proved his worth once again in organising the various programmes all the year-round on the occasion of Bangabandhu's birth centenary. The cordial presence of world leaders, including Indian Prime Minister Narendra Modi and some other State Heads and Government Heads, has made the celebration more meaningful and gracious. Moreover, the video and written messages from the world leaders like Canadian Prime Minister Justin Trudeau, US president Joe Biden, British Prime Minister Boris Johnson, UN Secretary-General Antonio Guterres, and many others have added to the colour and grandeur of the celebration. World leaders' active participation in the festival has made Bangladesh reach a new height in honour and dignity among the world's countries. Kamal Chowdhury's tireless effort, sincerest commitment to the assigned responsibility, and steadfast loyalty to Jononetree Sheikh Hasina have made all these things possible.

Kamal Chowdhury is indeed a seasoned devotee to the Father of the Nation Bangabandhu Sheikh Mujibur Rahman. He was one of the forerunners who started protesting the heinous murder of Bangabandhu through writings. In those darkest days of Sheikh Hasina and Sheikh Rehana, the only surviving heirs of Bangabandhu Sheikh Mujibur Rahman, Kamal Chowdhury, a university student and a young poet then, raised his voice and fought bravely with his pen and intelligence. His slogan 'Mujib lokantore, Mujib Banglarghoreghore' was probably the first protesting slogan inscribed on different walls of the University of Dhaka after the historically brutal and vicious assassination of Bangabandhu Sheikh Mujibur Rahman and many other members of his family, including his wife Bangamata Fazilatunnessa Mujib and their three sons. The slogan now bit modified, "Ek Mujib lokantore, lokkho Mujib ghoreghore, is still a significant source of motivation for the crores of activists of Bangladesh Awami League and its other affiliated organizations. Since then, Kamal Chowdhury has been intellectually fighting against all odds of the society and the political hypocrisies instituted in the post-Mujib regime through his poetry.

Kamal Chowdhury started his journey in the arena of literature in the mid-seventies. His first collection of poems Michiler SamanBayasi (As Old as Procession), was published in 1981. His many other outstanding anthologies of verse are Tanaporener Din (Days of Tension), Ei Path Ei Kolahol (This Road, This Tumult), Esechi Nijer Bhore (Arrived at My Dawn), Ei Megh Biddute Bhara (The Cloud Filled with Lightning), Dhuli O Sagar Drishya (The Scenes of Dust and Sea), Roud Brishti Antamil (Sunshine, Rain, and Harmony), Hey Mati Prithibiputra (Oh Soil, the Earth-Son), PremerKabita (Love Poems), Panthasalar Ghora (Horse of the Caravansarai), DirghaKabita (Longer Poems), Mukti O Shadhinatar Kabita (Poems of Liberty and Freedom), The Story of Bones and Other Poems, Bhraman Kahini (Travelogue), And Ure Jaowa Batasher Bhasha (Language of the Flying Wind), Stobdota Jara Shikhe Gache (Those Who have Learnt Silence). He also has prose pieces: Bangalir Bangabandhu (Bangabandhu of the Bengalese) and Konnake NiyeLekha (Written about Daughter).

The prolific writer Kamal Chowdhury has already published 19 books, each of which is tremendously popular with readers from all walks of life. He has successfully been able to create a lasting impression in the minds of his readers. His writings prove his in-born genius demonstrating his worth in penetrating his ideas and philosophy in a distinctive style and rich language. He can easily touch the core of readers' hearts with his writings as he knows very well how to present things realistically. Kamal Chowdhury, as a poet, exhibits all these characteristics in such a unique way that make him stand out among his equals, and thus, his poetry has crossed the boundary of time. Kamal Chowdhury's poems have remained equally appealing throughout decades. He writes about love, rebellion, humanity, patriotism, sovereignty, liberation war, and burning contemporary issues. Besides, a large portion of his writings means to adore the Father of the Nation Bangabandhu Sheikh Mujibur Rahman's ideals and sacrifices. He appears to feel a constant burden to glorify the humongous personality of Bangabandhu and his unfathomable love for Bangladesh and immense contributions to the life of her people.

Public awareness has also been a central theme of his poetry. Kamal Chowdhury is a master to pass his readers the message of hope and beauty while bridging the contemporary issues, thoughts, and trends blended with the historical facts. In his poems, love and rebellion go side by side in harmony. Uncertainty also appears to occupy a significant hold in his poetry. His poetry's content, language, and style were often gladly appreciated by another poetic genius of Bangladesh, Shamsur Rahman. Kamal Chowdhury's poetic life has reached its 40th year, and we can say that his poems have evolved and flourished with time and experience. He appears to be his contestant relentlessly trying to outshine himself.

This evaluation will appear incomplete if we do not say anything about the contribution of his spouse IffatAra Kamal to his life and career. Her benign presence and unconditional support have certainly played a pivotal role in making the dazzling career and great stature of Dr. Kamal Chowdhury as a poet and a very successful Admin Cadre. IffatAra Kamal also served in the Admin Cadre in Bangladesh Civil Service with a befitting reputation. Their only son Ameo Saddam Chowdhury, who, like his Father, also fosters a keen taste for literary writing, teaches in a university. His only daughter Protiti Rasnaha Kamal, who has graduated from Mount Holliock college, USA, is also an emerging writer creating a new sensation with her creative works. Good wishes to Dr. Kamal Abdul Naser Chowdhury. Good wishes to his family. May their prodigal creativity continue to flourish and engender many wonderful blossoms of delight in the days ahead.