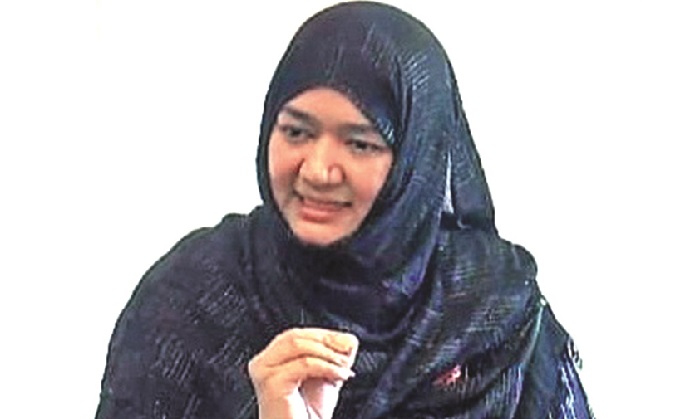 # PM may intervene as Mother of Humanity

#10 days into incident, no one arrested

As the accused in a case filed for inciting bank official Abdul Morshed Chowdhury to commit suicide are still at large even after 10 days into the incident, the victim’s wife has once again sought intervention of Prime Minister Sheikh Hasina to mete out punishment to the culprits.

Many also think Sheikh Hasina, who is known as ‘Mother of Humanity’, should intervene in the matter on humanitarian grounds so that the victim’s family gets justice.

The Prime Minister can take steps to launch investigation in connection with the case independently through either Criminal Investigation Department (CID) or Police Bureau of Investigation (PBI) or Rapid Action Battalion (RAB) or any other law enforcement agency to ensure justice, they said.

Police were yet to arrest any of the accused although 10 days have elapsed since the forced suicide of the bank official, triggering outrage among locals.

In such a situation, representatives of the civil society of Chattogram said police are unable to make any arrest or they are not doing it due to the pressure from the behind-the-scene forces.

Different quarters in Chattogram also alleged that the accused are not being arrested due to the influence of any invisible force.

“I appealed to the Prime Minister from a press conference to expedite the trial of those responsible for the death of my husband and those who forced him to commit suicide. I’m still appealing to the Prime Minister through you to take necessary steps for fair trial,” Morshed’s wife Ishrat Jahan Chowdhury told reporters.

After losing her husband, Ishrat filed a case on April 8 against four named people bringing allegations of inciting her husband to take his own life. Banker Morshed Chowdhury committed suicide on April 7.

The accused in the case are former Director of Chattogram Chamber of Commerce and Industry Jabed Iqbal Chowdhury and his brother Parvez Iqbal Chowdhury, their close relative Naeem Uddin Shakib and central Jubo League leader Shahidul Haque Chowdhury Russell. They were made specific accused in this case.

As the accused are powerful and have political background, they are threatening the plaintiff with dire consequences if she does not withdraw the case.

“Why the accused are not being detained and interrogated? Can’t the police find them? Or isn’t there any attempt to find them? Is our appeal not reaching them? I don’t know about any update on what is happening in the investigation of the case. Will we not get justice?” Ishrat said, expressing insecurity about her own life.

She said the accused are roaming in the area freely. “It’s the responsibility of police to find out the culprits behind the incident.”

Ishrat quoted eyewitnesses as saying that Parvez Iqbal had seen actively distributing Iftar in his area. “I want that all those involved in inflicting torture and mental stress on my husband after whip’s son Sharun and former student leader Bachchu attacked our house and created a horrible situation be brought to justice.”

She thinks that proper investigation can ensure the punishment of those behind the scene.

Asked why the accused were not detained, Chattogram Metropolitan Police (CMP) Commissioner Saleh Mohammed Tanvir said, “There’s no provision to arrest the accused only if there’s a case. An investigation is underway and action will be taken soon as per it.”

He said no one will be spared if they are found guilty during investigation.

Ishrat also said Morshed was called by Nazmul Haque Chowdhury Sharun, son of Jatiya Sangsad Whip Shamsul Haque Chowdhury, and asked to meet him at Radisson hotel. “Raising objection to it, Morshed said ‘I have no dealing with you. Then why are you asking me to meet you?’ After hearing Morshed’s words, Sharun said ‘there’s no transaction, it’ll happen now. Meet me’.”

“I haven’t forgotten the threat issued during that phone call that day. I was listening to the phone call from my husband’s side. Morshed was saying, “Why is Sharun calling about this?”

The victim’s wife also alleged that a group of people, led by Sharun and former BCL leader Arshadul Alam Bachchu, attacked their house and a general diary (GD) had been lodged in this regard.

She said pressure was being put on Morshed despite paying Tk 38 crore against the Tk 25 crore taken to invest in the business. “The police administration knew everything.”

A meeting was held between the two sides with the mediation of police. But in the end, Morshed had to take his own life due to political and administrative pressure and humiliation.

Senior leaders of Chattogram city Awami League demanded that the criminals should be brought under the law by going beyond the party identity.

Civil society representatives in Chattogram are looking at the matter differently.

Advocate Akhtar Kabir Chowdhury, a prominent human rights activist and Chattogram district chapter secretary of Shushashoner Jonno Nagorik (Shujan), said, “We need to find out whether there’s a hand of anyone’s loved one behind it.”

The issue of the bank official’s suicide is also being discussed in the political arena of Chattogram.

Advocate Ibrahim Hossain Chowdhury Babul, vice-president of Chattogram city Awami League and one of the leaders of the Nagorik Committee, said the accused should be arrested irrespective of their party affiliation.

“In this case, all elements of the crime must be uncovered through investigation. The culprits must be arrested by revealing the truth of why he (Morshed) was forced to commit suicide, why or how he was persuaded,” he said.

“Whoever is the culprit must be punished by customary law, no matter whether they belong to the ruling party or the opposition,” Ibrahim added.

Meanwhile, the description of the incident given by Ishrat clearly shows that Sharun has a connection with the incident.