‘Half of $3.1bln development projects in Sindh facing delays’ 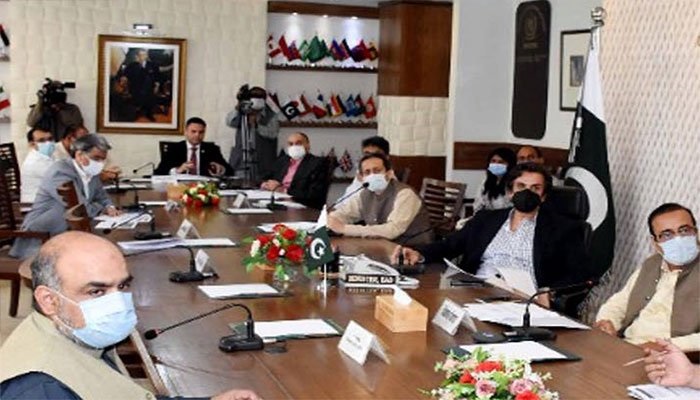 Half of 27 foreign-funded projects in Sindh are facing implantation challenges and feared to be shelved if not completed on time, officials said on Thursday.

The meeting of National Coordination Committee on foreign-funded projects in Sindh was told 27 projects amounting to $3.1 billion in communications, transport, energy, water and irrigation, education, health and public private partnership with the support of development partners including Asian Development Bank and World Bank are under implementation.

The Karachi Mobility, Sindh agricultural growth, and Sindh response to stunning projects are problematic and facing huge challenges in course of implementation, it was told. Out of 27 foreign-funded projects, 14 projects have been ranked as problematic and unsatisfactory, according to the officials.

It was told that the development partners expressed their ‘serious’ concerns on slow implementation of the projects from time-to-time. Some of the projects may lapse foreign funding if not utilised within stipulated timelines.

The minister expressed displeasure to the line departments of Sindh government for slow implementation of foreign-funded projects in the province.

“These projects are significant to achieve the SDGs (sustainable development goals) in the country, so there is dire need to put them on fast track,” he said.

Bakhtyar also directed the line departments to indicate timelines for resolution of impediments and expedite the completion of these projects of public importance. Projects related to stunt growth and agricultural sector must be executed in timely and efficient manner, he said.

“The challenging political environment and a succession of boom-and-bust economic cycles have hampered Pakistan’s development progress.”

ADB said the capacity building could avert delays in project implementation. “In an urban and sanitation sector investment program in Pakistan, for example, the risk of losing government interest in a key policy reform component (the devolution of governance to regional urban service institutions) could have been reduced had the project design included components to strengthen the role and capacity of the provincial government in urban policy and planning (through the regional urban unit) with a sharp focus on the coordination role of the respective provincial line departments (through program support unit) and on the capacity building of local governments (through municipal administrations),” it said.