Lalu Yadav gets bail in case linked to fodder scam 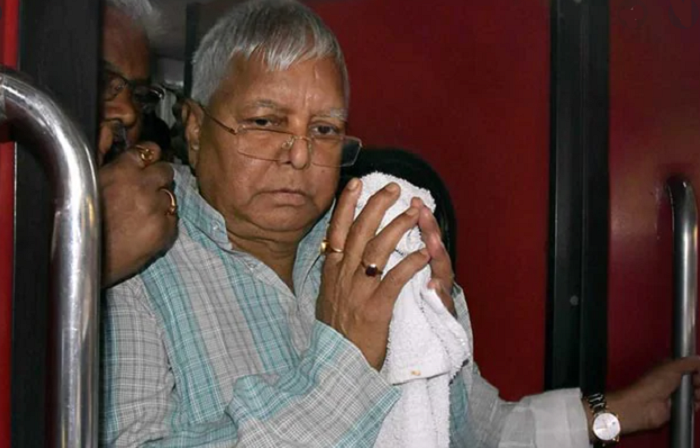 Jailed Rashtriya Janata Dal leader Lalu Yadav was granted bail in a case linked to the Bihar fodder scam by the Jharkhand High Court Saturday. The former Bihar chief minister was serving his sentence in what was known as the "Dumka Treasury Case", where he was convicted of withdrawing ₹ 3.13 crore from the treasury in the city in Jharkhand, formerly in Bihar.

Mr Yadav, currently in Delhi's AIIMS for treatment, had earlier got bail in three out of the four cases linked to the swindle of government funds meant for cattle fodder. With the bail in the Dumka case, he can now return home after being released from the hospital.

Justice Aparesh Kumar Singh said the Bihar leader can neither leave the country without permission nor change his address and mobile number during the bail period.

The "Dumka Treasury Case" involves the funds taken from the Dumka treasury by Bihar's Animal Husbandry Department officials between 1991 and 1996 when Lalu Yadav was Chief Minister.

Last October, Mr Yadav had been granted bail in connection with the Chaibasa treasury case, also related to the fodder scam.
In jail since December 2017, the 72-year-old served most of his jail sentence at Rajendra Institute of Medical Sciences hospital in Jharkhand. He was brought to Delhi in January after his health worsened.

In his absence, his son Tejashwi Yadav has been leading the Rashtriya Janata Dal (RJD) and has been credited with the party's strong performance in the Bihar election last year. It was the first time in 40 years that Mr Yadav missed a state election campaign.
Tejashwi Yadav's party emerged as the largest but the opposition alliance fell short of a majority, and BJP and Chief Minister Nitish Kumar's Janata Dal (United) went on to form the government for another term.