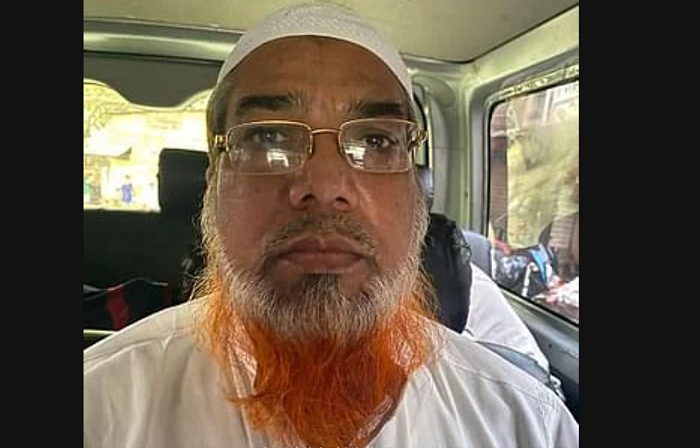 A Dhaka court has granted a five-day remand to Mawlana Zubair Ahmed, vice-president of Hefazat-e-Islam, in a case lodged over vandalizing and setting vehicles to fire during a protest in 2013.

Zubair, also the son-in-law of late Mufti Ameeni, was produced before the Dhaka Metropolitan Magistrate’s Court on Saturday.

At that time, the police requested to remand him in custody for 10 days for a proper investigation of the case filed against him at the Paltan Police Station.

According to the case, the leaders and activists of Hefazat-e-Islam laid a siege to capital’s Motijheel area on May 5, 2013.

In the name of blockade, Hefazat workers vandalized and set fire to vehicles and public and private facilities in the surrounding areas of the capital including Motijheel, Paltan and Arambagh with sticks, sharp weapons and firearms.