How former Tigers’ bowling coach Streak was nailed by ICC 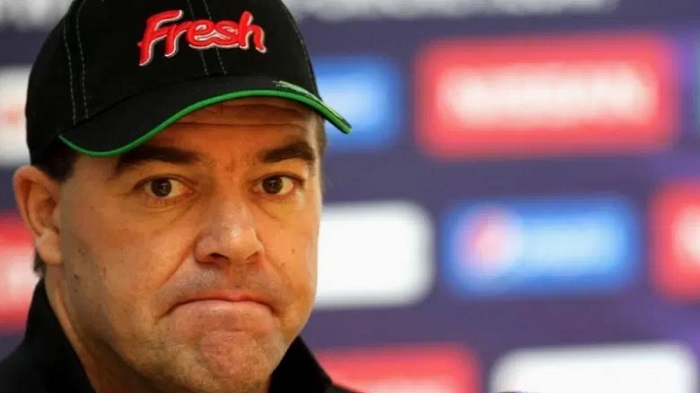 Former Bangladesh bowling coach and ex-Zimbabwean skipper Heath Streak has been banned for eight years by the International Cricket Council (ICC) from participating in any cricket-related activities.

Streak was handed down the ban for breaching the ICC's Anti-Corruption Code.

During investigation, it came to fore that Streak was in contact with Deepak Agarwal, a Delhi-based businessman, since 2017.

Agarwal was the one who had misled Bangladesh cricket star Shakib Al Hasan earlier. For staying in touch with Agarwal and not reporting the same to the cricket authorities, Shakib was banned for two years, with one year suspended.

Shakib made a comeback to competitive cricket after his suspension ended in October last year. Agarwal was also banned by ICC last year until 2022.

How Streak got involved with Agarwal

Agarwal contacted Streak in September 2017 when the latter was the head coach of the Zimbabwean national team. Agarwal initiated the communication over WhatsApp and sought Streak's help in setting up a T20 league in Zimbabwe. In return, Agarwal told Streak that he could get a chance to “earn some good money”.

It was understood that Streak’s two-year tenure, from 2014 to 2016, as Bangladesh’s bowling coach prompted Agarwal to make him a potential target.

ICC’s investigation found that during the Bangladesh Premier League (BPL) 2017, Agarwal asked Streak to give some inside information of the event -- namely teams: captain, owners or players. Agarwal told Streak that if he provided the information, "it will help them to earn a good amount of money that they could invest in Zimbabwe cricket".

Streak was not a part of BPL 2017, despite that players trusted him and Streak had formed a one-to-one relationship with many Bangladeshi cricketers. ICC said that Streak provided details of three Bangladeshi cricketers to Agarwal, including a national team captain and it was later proved that he was none other than Shakib.

Agarwal contacted Shakib for the first time in November 2017 during BPL, and their second contact was during the tri-series involving Bangladesh, Zimbabwe and Sri Lanka in Bangladesh when Agarwal asked Shakib: "Do we work in this or I wait till the IPL” -- by which he hinted to get inside information. Shakib failed to report the approaches from Agarwal to the authorities and eventually was banned for two years.

How Streak was caught by ICC

The former Zimbabwean captain came to the scrutiny of the ICC Anti-Corruption Unit when a young cricketer of a full-member nation who came from an economically disadvantaged family reported an approach from Agarwal. It was then the ICC became aware of the long-term contact between Streak and Agarwal.

The ICC's Anti-Corruption Unit analysed the interaction between, and thus, it got the evidence of the relationship between Streak and Agarwal. ICC used it to formulate the charges against Streak who eventually admitted to it and accepted five charges of breaching the ICC Anti-Corruption Codes.

“Heath Streak is an experienced former international cricketer and national team coach, who had participated in numerous anti-corruption education sessions and was fully aware of his responsibilities under the Code,” Alex Marshall, ICC General Manager – Integrity Unit, said in an ICC statement.

“As a former captain and coach, he held a position of trust and owed a duty to uphold the integrity of the game. He breached the Code on several occasions, including facilitating the approach of four other players. At times, he also sought to obstruct and delay our investigation,” the statement further read.

ICC also confirmed that Streak will be free to resume his involvement in the game of cricket on 28 March, 2029.