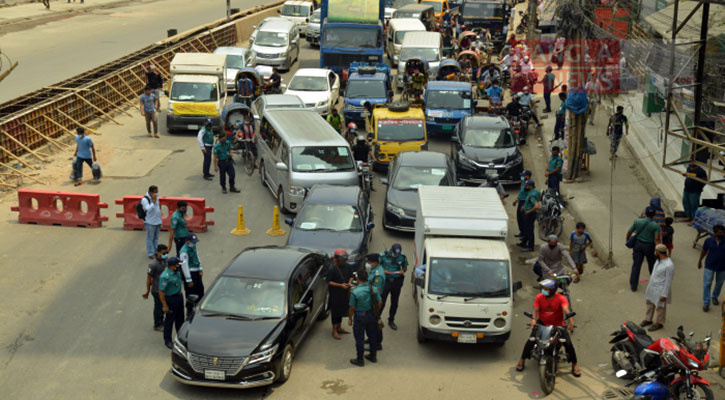 Traffic congestion has created at different intersections in the capital on the second day of 7-day lockdown, imposed nationwide as Covid-19 has taken a dangerous turn in the country.

Unlike the first day of the ongoing lockdown, a few numbers of private cars, rickshaws and motorcycles were seen plying the roads on the second day of the restrictions.

A police constable, who was posted at Gulistan area, said public movement on the roads has increased a little today compared to yesterday.

Vehicles were being stopped at checkpoints and passengers were being asked for their identities and reasons for leaving home, which sometime creating the congestions.

However, garment workers faced immense difficulty today due to shortage in transport on the roads.