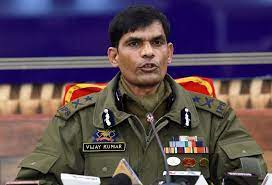 "Terrorists misused mosques for terror attacks in Pampore on June 19, 2020, Sopore on July 1, 2020, and Shopian on April 9, 2021. Public, Masjid Intizamia, civil societies and media should condemn such acts," he said.

In the Pampore encounter on June 19, 2020, three terrorists were killed, who had entered the Jamia mosque to take refuge.

On July 1, 2020, a jawan and a civilian died while three personnel sustained injuries after terrorists fired on a Central Reserve Police Force (CRPF) party from a Masjid in Sopore.