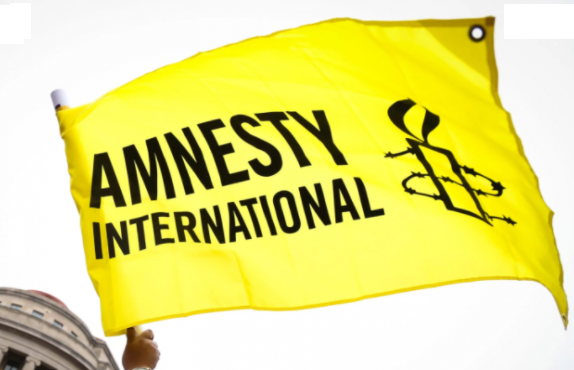 Governments in South Asia must ensure that vulnerable groups are not excluded from access to COVID-19 vaccines, said Amnesty International.

It called on the international community to enable the production of vaccines at the national-level to address the severe shortfall in supply across the region.

“As vaccine campaigns have been rolled out, marginalized groups across South Asia have been effectively locked out by practical barriers. South Asia’s governments must ensure fair and equitable access to vaccines for everyone irrespective of caste, socio-economic or other status, race, or nationality,” said Yamini Mishra, Amnesty International’s Asia-Pacific Director.

Mishra said the lack of access to vaccine supply in most countries across the region is a real and pressing concern that needs to be urgently addressed.

"However, this must not provide cover to these countries to unduly limit access to vaccines, for example, by not reaching out to vulnerable groups to tell them how they can get vaccinated. Who you are and where you live should not determine access to the vaccine.”

As vaccination programmes have commenced across South Asia, groups including slum dwellers, Dalits, ethnic minorities, workers including labourers, daily wage earners, sanitation workers, garment workers and tea plantation workers, people in rural areas, prisoners, and internally displaced people have so far been denied access due to a lack of awareness and limited access to technology in most places.

Meanwhile, others including refugees and migrants have been excluded entirely from government vaccine campaigns in many countries for now.

With vaccines in short supply, most countries in South Asia have not inoculated more than six percent of their population with even a first dose, with efforts so far reaching middle and higher-income groups.

Amnesty International is calling on governments across the world to waive provisions of the global treaty governing rights and patents on properties including medicines.

Underprivileged communities across South Asia do not have access to smart phones and other mobile devices, which are required in most cases to register online for vaccines and where most public health information is disseminated.

In Pakistan, the registration process excludes certain groups by design – requiring National Identity Numbers that are unavailable to refugees or migrants.

In early April, authorities approved of foreign nationals over the age of 60 and health workers of foreign origin to receive the jab but there is a lack of clarity on the process of registration for them.

With vaccine registration being done via text message or online, prisoners are also being effectively excluded without access to the internet or phones.

Although the provincial government of Sindh has announced that all prisoners over the age of 50 will be vaccinated, it is not clear if other provinces will follow suit.

Due to a lack of access to government plans and information sharing mechanisms on vaccine roll-out, a misperception among rural people that COVID-19 is a concern only for urban and city dwellers persists in countries such as Bangladesh.

Amnesty International is calling on national authorities to put measures in place, in collaboration with non-governmental organizations, to raise awareness among rural people about vaccine campaigns and the danger posed by COVID-19.

In Sri Lanka, limited communication around dates, venues and eligibility for vaccines is a barrier for people to access vaccinations.

There is no information available about the plan for COVID-19 vaccines and immunizing the broader population in some countries such as Afghanistan, Pakistan and Sri Lanka.

Meanwhile, vaccination plans that have been developed by countries like Bangladesh for a holistic coverage of the population are not reflected in their implementation such as efforts to inoculate cleaning workers, unskilled wage earners and people in lower income groups, said the AI

Governments must ensure that information around vaccine plans are communicated effectively to communities in languages and formats they understand to ensure equitable access.

With vaccine manufacturing countries prioritizing their own populations, countries across South Asia have been scrambling to place orders to meet national demands.

The situation has left hundreds of millions across the region unable to access vaccines for the foreseeable future, including groups such as Bangladesh’s one million Rohingya refugees and Afghanistan’s four million internally displaced.

In Pakistan, limited supplies have led to many health workers reporting difficulties securing their second vaccine jab, leaving them dangerously exposed as the country undergoes its third and most deadly wave.

Amnesty International is calling on governments to fulfil their human rights obligations and actively support a proposal to waive certain provisions of the TRIPS agreement, a global treaty governing intellectual property rights, which often restricts where, when and how medicines are produced.

“International cooperation is key to contain the spread of the virus and make the vaccine universally available as quickly as possible. South Asian countries with the capacity to produce the vaccine at affordable prices must ensure equitable distribution and call on global bodies, pharmaceutical companies, and other vaccine manufacturing states to prioritize resource and technology transfer to produce vaccines locally,” said Yamini Mishra.