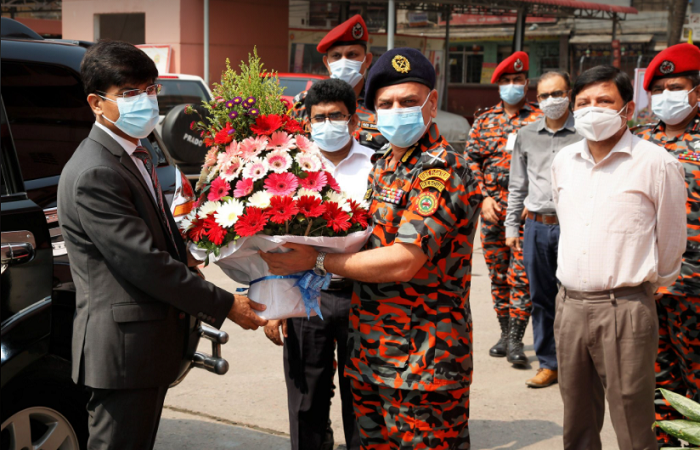 Director General of Fire Service and Civil Defence directorate Brigadier General Md Sazzad Hussain along with the Directors of the directorate welcomed the secretary.

At this time, a team of firefighters complying with the hygiene rules paid their respects to the secretary of the security services division.

Later, the secretary attended a meeting of a limited number of officials in the conference room of the directorate in accordance with the rules of hygiene.

At the meeting, the Director General gave a brief PowerPoint presentation on the activities of the Fire Service and Civil Defence directorate.

The secretary exchanged greetings with all, listened attentively to all and shared his directional remarks. He appreciated the role of Fire Service and Civil Defence in operational work and directed to continue this trend in future.

He expressed hope that fire service will be under the government’s ongoing development facility.