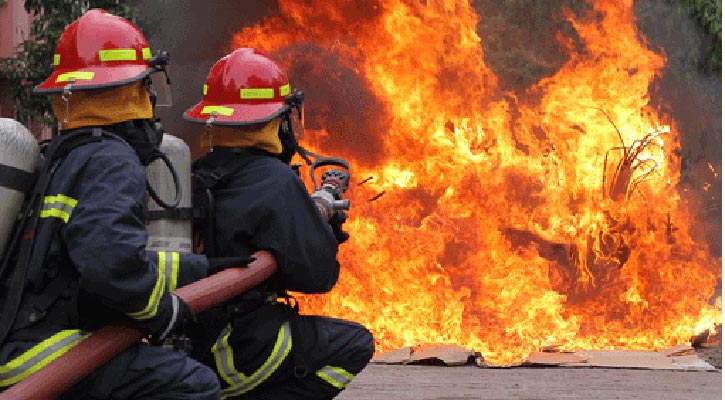 Two people suffered burn injuries in a gas explosion in a multi-storey building in Narayanganj city on Sunday night.

The injured are identified as Ujjal and Manik, they are security guards at the building.

The incident took place at a kitchen on the eighth floor of the building named GM Garden on President Road in Narayanganj around 11:30pm.

Mohammad Ali, another security guard of the building, said that the explosion was caused by a gas leakage.

The explosion went off when Manik and Ujjal entered the kitchen with a burning cigarette, leaving them injured.

Later, the injured were taken to Narayanganj General Hospital but doctor of the hospital referred them to Sheikh Hasina National Institute of Burn and Plastic Surgery in Dhaka, said Abdullah Al Arefin, deputy assistant director of Narayanganj Fire Service and Civil Defence.