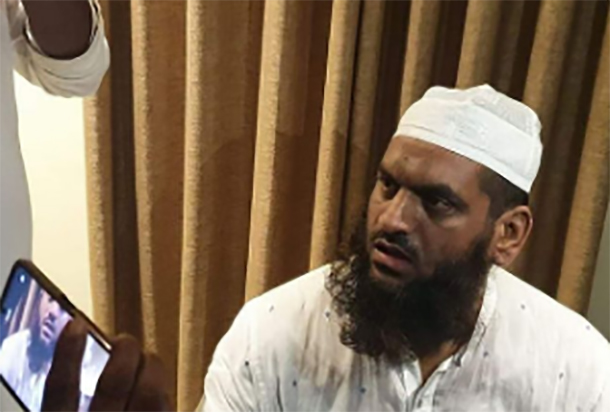 A general diary was filed over the reported missing of the ‘third wife’ of Hefajat-e-Islam’s Joint Secretary General Mamunul Haque.

Md Shahjahan, younger brother of Lipi, filed the GD on Sunday with Mohammadpur Police Station in the capital.

Shahjahan mentioned in the GD that Mamunul Haque informed him that he married Jannatul Ferdous alias Lipi several months back. He also showed him the agreement of marriage between Mamunul and Lipi.

Seeking security for his sister and legal help for handing her over to guardian, Shahjahan mentioned that they were unable to communicate with Lipi for several days.

According to the GD, Jharna’s son went to his mother’s Dhanmondi house on Saturday and did not find her.

When he inquired about his mother, someone told him that she went out of the house on April 3 and since then she did not return home.

However, he found three diaries of his mother and he deposited those to the police station.

Hefajat-e-Islam’s Joint Secretary General Mamunul Haque, who has been the loudest voice in the organisation in a number of recent controversies, was detained with a woman he claims as his second wife from a resort in Sonargaon on April 3.

Mahanagar Hefajat’s secretary said Mamunul went to the resort with his second wife where the locals confined and harassed him, before calling in the police.

The woman detained with him was his second wife as claimed by Mamunul Haque.