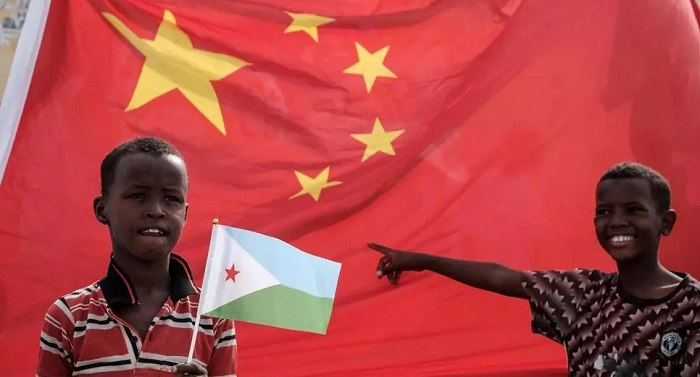 Djibouti, a major geopolitical crossroads in the Horn of Africa, goes to the polls in a presidential election on Friday. Much of the international discourse about the country focuses on China bringing it into its economic orbit through the Belt and Road Initiative. But experts say that Djibouti illustrates the limitations of China’s vast investment and loans project.

China might not have played a major role in Djibouti for as long as President Ismail Omar Guelleh, who is running for a fifth term, has held office, but it is expected to maintain its economic grip on the east African state after the election.

In many ways the relationship between Djibouti and China is a case study in how Beijing is using its global infrastructure investment strategy, the Belt and Road Initiative, to aggrandise its economic influence and strengthen its position as the top investor in Africa – a major geopolitical priority, with its booming economies and populations.

But it is also the story of how a small African country, devoid of natural resources, has opened itself to international powers in order to profit from its strategic location at the entrance to the Red Sea.

In accepting vast inflows of Chinese capital and loans, Djibouti now finds itself in a situation of such economic dependence that it “risks threatening its autonomy”, Sonia Le Gouriellec, a Horn of Africa specialist at the Catholic University of Lille, wrote in the Revue de Défense Nationale (National Defence Review).

‘The Singapore of Africa’?

The opening of China’s military base in Djibouti in 2017 – the People’s Liberation Army’s only permanent base outside of China – provided a clear sign of the strong ties between the two countries. The 400 Chinese soldiers there are located just seven kilometres from the US military base, which hosts around 4,000 American troops. Japan and Italy also have troops in Djibouti and France, the country's  imperial ruler from 1883 to 1977, has its biggest military base in Africa there, with some 1,500 soldiers.

Beijing already had its sights set on Djibouti in the early 2000s – investing in the construction of schools and stadiums and renovating roads and official buildings, including the foreign ministry. Chinese investment intensified after President Xi Jinping took power in 2012 and inaugurated the Belt and Road Initiative the following year.

The three flagship achievements under Xi are the large multipurpose Doraleh port, the railway line between Djibouti and Ethiopia and the gas pipeline between the two countries. Djibouti also hosts the Chinese-built International Free Trade Zone, where businesses can operate without paying income tax, property tax, dividend taxes or VAT. In total, China has spent $14 billion (€11.8 billion) on investments and loans for Djibouti between 2012 and 2020.

The reason Beijing has invested so much in Djibouti is because it “gives China an African component in its large network of so-called ‘maritime Silk Roads’, in one of the region’s few politically stable countries”, said a British expert on the Horn of Africa who asked to remain anonymous.

“Djibouti is a bridgehead towards inland African countries, including much more economically promising nations like Ethiopia,” added Gérard Prunier, a historian at the Institut des Mondes Africains (Institute of African Worlds).

Djibouti saw obvious benefits in the influx of Chinese investment and loans. The country had a clear need for funding and “there was no one else to turn to”, said Thierry Pairault, an expert on Sino-African relations at Paris’s CNRS think tank.

“Djiboutian elites believe Chinese finance, technology, and trade volume can […] propel their country to become the ‘Singapore of Africa’,” Zach Vertin, now a senior advisor to the US ambassador to the UN, wrote in a report for The Brookings Institution published in June 2020.

“The aim is clear: Like Singapore, harness its unique geography astride a major commercial shipping route to become a global logistics, services, and trans-shipment hub in a world shifting toward Asia and the Indo-Pacific,” Vertin continued.

But the Sino-Djiboutian relationship has “cooled over recent years; it’s like a slowly unravelling marriage”, Prunier said.

Debt is a major issue. China holds more than 70 percent of Djibouti’s debt, which some observers say threatens the African country’s sovereignty. They fear that Djibouti will suffer the same fate as Sri Lanka, which had to cede control of a port to Chinese companies because it could not repay the loans it had signed with China.

However, China has “learned from its mistakes in Sri Lanka”, said the anonymous British expert. “It’s become more willing to renegotiate debts because it doesn’t want to look like the bad guy.”

The problem is that the benefits to Djibouti of the Chinese investments and loans are looking doubtful. The port at Doraleh, for example, seems “mainly outward-looking”, Pairault said: It has done little for local employment; it is mainly Chinese companies that have profited from it.

“Chinese money has had very limited impact for Djiboutians,” the British expert said.

China’s enthusiasm is also cooling. Some projects such as the railway to Ethiopia are slow to pay off. “The Chinese are realising that the projects they’ve funded don’t necessarily reap rewards,” Pairault said. “They’re starting to feel a bit cramped in their military base, with the Americans next door and the French also nearby,” Prunier said.

It looks unlikely that this cooling of the relationship will prompt China to completely disengage from Djibouti. “It remains an important part of the Belt and Road Initiative,” the British expert said.

But it could lead to closer ties between Djibouti and other international players such as France. “No other country could do what China is doing in terms of lending money, but it is plausible that Djibouti will deepen its ties to other countries,” Pairault said.