Accident at Iran nuclear facility, no casualties or pollution: Fars 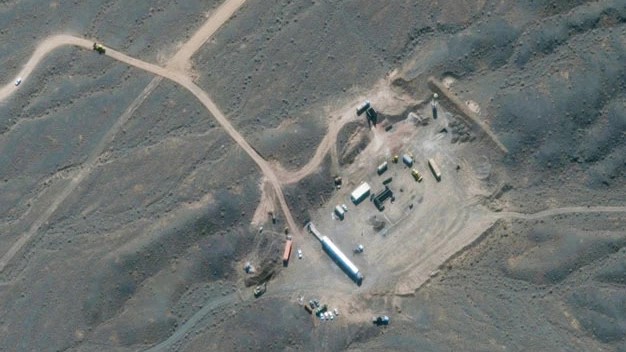 An “accident” took place at an Iranian nuclear facility on Sunday but caused no casualties or damage, the Fars news agency reported, citing the spokesman of Iran’s nuclear agency.

Behrouz Kamalvandi said there had been “an accident in part of the electrical circuit of the (uranium) enrichment facility” at the Natanz complex, a day after Iran announced it had started up advanced uranium enrichment centrifuges at the site in a breach of its undertakings under a troubled 2015 nuclear deal.

There were “no casualties nor pollution”, he said, adding that “the causes of the accident are under investigation and more details will be released later”.

The accident follows an explosion at a factory for advanced centrifuges at Natanz last July.

The authorities blamed that incident on “sabotage” by “terrorists”, but have not released the results of their investigation into it.

President Hassan Rouhani on Sunday inaugurated a replacement factory at Natanz as well as a cascade of centrifuges for enriching uranium and two test cascades, in a ceremony broadcast by state television.

The new equipment enables Iran to enrich uranium more quickly and in higher quantities, to levels that violate the 2015 nuclear deal.

The administration of then-US president Donald Trump withdrew from the multilateral accord in 2018 and re-imposed biting sanctions. Iran later responded by progressively rolling back its own commitments under the agreement.

Parties to the deal opened talks in Vienna on Tuesday with the aim of bringing the US back to the deal, bringing Iran back into compliance and lifting sanctions.