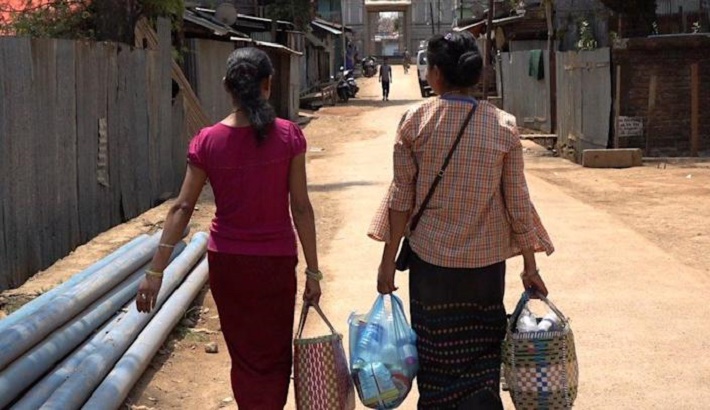 Myanmar nationals have been fleeing the country amid violence against civilians in the aftermath of a military coup.

Many who live close to the border are seeking refuge in India, reports BBC Hindi's Raghvendra Rao.

It was on her third attempt that Makhai finally made it to India. She used a dirt track through the forest to cross. Others have come via an underground storm drain that connects villages on both sides of the border. Unlike the previous two attempts, this time Indian security forces didn't stop her.

The 42-year-old, whose name has been changed to protect her identity, fled her home in Myanmar, in the border district of Tamu, earlier this month, along with her sisters and her daughter. They crossed into the north-eastern Indian state of Manipur. It was the only thing they could do to save themselves, Makhai said.

Myanmar, also known as Burma, is in the grip of violence. In February, the country's military overthrew the democratically elected government and detained leader Aung San Suu Kyi. In the weeks since, it has crushed protests against the coup.

Rights groups say the military has killed more than 600 people, including 43 children. Makhai says soldiers have been breaking into houses and raping and killing civilians.