Is everything okay, Mahmud? 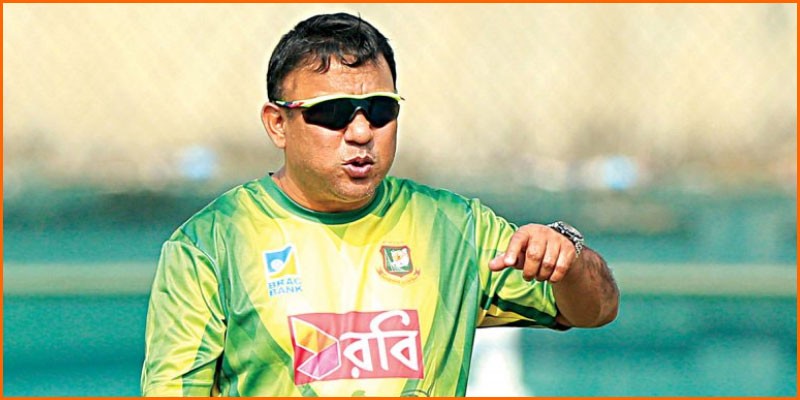 Former national skipper Khaled Mahmud had a busy day at the office on Friday. The 49-year old was seen roaming around the field to understand the current pulse of the dressing room as few members of Bangladesh preliminary Test squad completed an optional training session at the Sher-e-Bangla National Stadium on the same day.

Mahmud, the current Bangladesh Cricket Board director, has been made head of the delegation of the national cricket team and he will accompany the team in their forthcoming Sri Lanka tour for the two-match Test series.

BCB had several reasons to make Mahmud the team leader for the series and the key one was to bring back the confidence in the team that was missing in their last three series that prompted them to lose those so badly.

Mahmud had performed various roles in Bangladesh cricket over the years but he has indeed returned to the national set-up after a while and this time his job is more complicated than previous any other time.

Head coach Russell Domingo and fielding coach Ryan Cook are yet to arrive in Dhaka and the training session is currently supervised by pace bowling coach Ottis Gibson.

Domingo was expected to arrive on Friday night while Cook will join the team in Sri Lanka but there is something not going right with them, especially Domingo.

Domingo appears to be on borrowed time after Bangladesh suffered defeats against West Indies and New Zealand across formats in the last few months, with the board getting impatient with the head coach to deliver results.

Several media reports that the former South African head coach had lost his temper during a meeting in the New Zealand tour and he even labelled some cricketers as ‘selfish’ which made some of his charges annoyed.

To make things worse one foreign coaching staff during a recent meeting with the BCB high-ups raised questions on the commitment of his charges and though the officials present in the meeting did not disclose their names but indicated that the fingers were pointed at several senior and junior cricketers.

“Yes, such an allegation was indeed made and now we have to watch the commitment of the cricketers as we travel to Sri Lanka for the two-Test series,” said an official who was present during the meeting, requesting anonymity.

This kind of allegation can be sometimes extremely embarrassing for the seniors as well as for the junior members of the team and after the news is leaked in the media it is obvious that the environment in the dressing room is nothing but uncomfortable.

Coming back to Mahmud, who is well aware of how the mindset of the local cricketers' works due to his long association with them, also knows that he needs to sort out all these current problems around the national dressing room.

Mahmud didn’t wait long for the series as he had a half-an-hour long conversation with Mushfiqur on Friday that began while he was accompanying him to the dressing room after he completed a batting session at the indoor.

In all these times, the former head coach of the Tigers looked more inclined to play the role of a listener while Mushfiqur was trying to say different things.

Though the topic of the discussion was not immediately known, it was obvious the duo was exchanging views on some serious issues that only raise one question - is everything okay in the national dressing room?

“I didn’t have talked that much, just a few light talks," said Mahmud.

"Of course, there are some problems. There is obviously some bounce. But I believe that these are not big issues and I can take care of those,” he added.

Mahmud will surely be adamant to make sure that the situation doesn’t get any worse while he's trying to find a remedy.