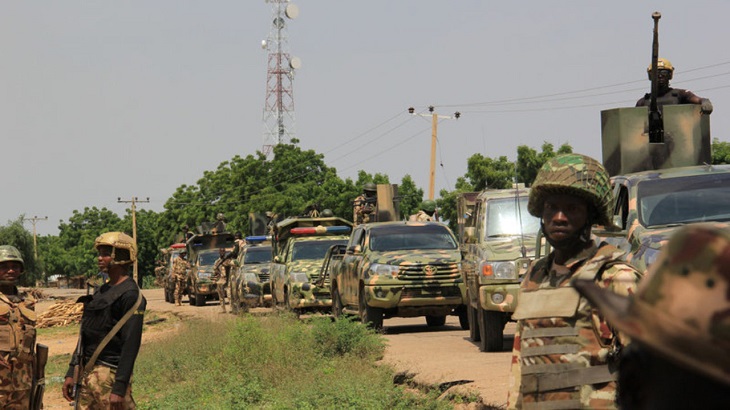 Gunmen killed 10 soldiers and an officer in the central Nigerian state of Benue, the army said on Friday.

It was not immediately clear who was behind the attack but Benue is part of Nigeria's middle belt region, where gangs have taken up arms after years of communal clashes between herders and farmers.

"Nigerian Army troops operating in Benue State came under attack while on routine operational task," army spokesman Mohammed Yerima said in a statement, which gave no details of the time of the incident.

The army said they were trying to track down the perpetrators.

Last month, Benue state governor Samuel Ortom said he had escaped an attack by armed herders while travelling in a convoy.

Deadly clashes between nomadic Fulani herders and farmers over land, grazing and water have plagued parts of central Nigeria for years.

Nigeria's security forces are battling on several fronts -- a more than decade-long jihadist insurgency in the northeast, criminal gangs in the northwest and a separatist militia in the southeast.