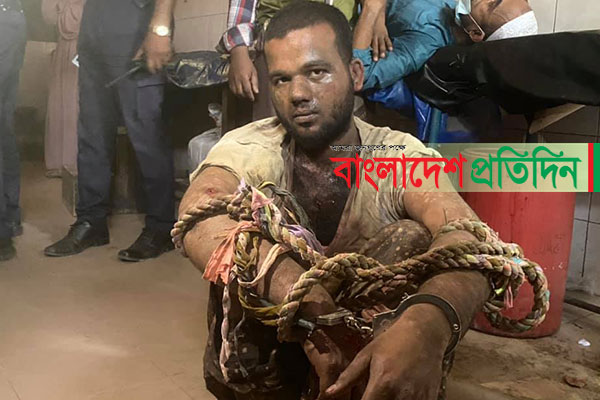 Two farmers were stabbed to death and another was injured by a mentally challenged youth in Narsingdi’s Sadar upazila on Wednesday noon.

The deceased were identified as Farhad Mia, 50, son of Fajal Mia, and Ali Ajgar, 65, both of them hailing from Sagriapara village in the upazila.

Injured Sentu Mia, from the area, was sent to Dhaka.

Police arrested the mentally sick Yunus and admitted him to Sadar Hospital.

Quoting locals, police said that Yunus suddenly stabbed the victims with a sharp knife indiscriminately while they were working in the field, leaving the trio critically injured.