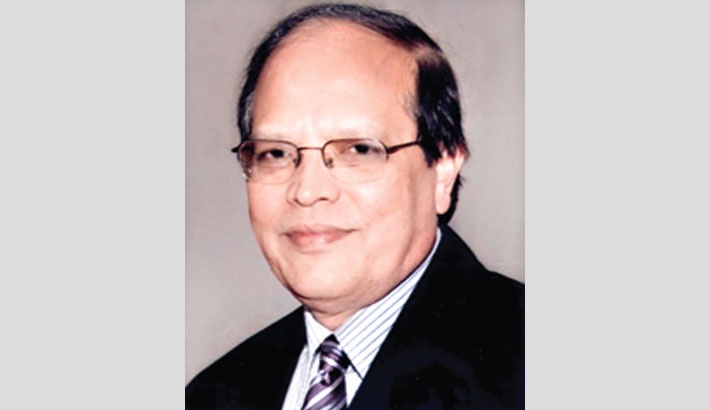 The First Five-Year Plan drew heavily from one of the four basic principles of the constitution: socialism as envisioned by Bangabandhu. This socialism was purely indigenous. Bangabandhu was a born pragmatist and could adjust to new realities using his extraordinary intuition. He was not a communist. But he believed in “socialism and not in capitalism.” (Sheikh Mujibur Rahman, ‘The Unfinished Memoirs’, UPL, Fourth Impression, 2019, p. 237).

He, in fact, provided the four pillars of the constitution— nationalism, socialism, democracy and secularism — on the very first day he touched the ground of independent Bangladesh on January 10, 1972. He talked about these pledges even during his short stop-over in Delhi on his way home from London. Strikingly, he combined socialism with democracy to propound a new paradigm on the socialistic transformation of the society and economy.

He insisted that he would implement neither neo-liberal capitalism nor authoritarian socialism. He was aware of the dangers of both, due to imperialistic interventions by the US in Vietnam in case of the former, and the tanks in the streets of Budapest and Prague in case of the latter. While he was deeply in favour of equity he was equally committed to individual freedom.

Given the fallouts of both the systems in the recent past, one may surely argue that Bangabandhu was far ahead of many others in pursuing a balanced system of social democracy. His was not a mixed economy. Rather, he was in favour of indigenous socialism, embedded in the heritage and culture of Bengalis.

Like Rabindranath Tagore, who had criticised Soviet state-led socialism for lacking democracy despite its significant progress in improving the standard Bangabandhu’s socialism and first Five-Year Planof living including education, Bangabandhu was also not interested in autocratic socialism. Bangabandhu emphasised his specific brand of socialism when he spoke in a mass meeting on June 7, 1972, at the Suhrawardy Udyan. He said “I will not import this socialism from any country. This will be the socialism of the people of Bangladesh. That means this will lead to an exploitation-free society and fair distribution of wealth. In many countries, there is no democracy in their kinds of socialism. I want to show the world that there can be both democracy and socialism from the soil of Bangladesh. I believe in individual freedom. Democracy will prevail in Bangladesh.”

He said that the fruits of his socialism would be enjoyed by the peasants, workers, and intellectuals. He wanted to rein in the landed gentry, traders and bureaucrats who were exploiting people by taking rents and making unearned income through corrupt practices. So, he chose a system that would not allow the rich to become richer and the poor poorer. Therefore, along with the other three pillars, he introduced socialism as a Fundamental Principle so that this could not be overrun by any law. This was highly advanced thinking by Bangabandhu in the arena of political and ideological domains, juxtaposed in the context of the contemporary changes that have already taken place in major socialist countries.

In this broader context, it can safely be said that his idea of socialism as a fundamental pillar of the constitution reflected “the commitment to create a just and egalitarian society; a society in which there would be no exploitation, and in which equality of opportunity would be assured. The vision of an independent Bangladesh, which had inspired the freedom-fighters, was of a society which would be free from exploitation. They were quite clear that having freed themselves from the infamous ‘22 families’ of Pakistan, they were not going to create 22 families to take their place in Bangladesh.” (Hossain, Kamal, ‘Bangladesh: Quest for Freedom and Justice’, University Press Limited, 2019, Fourth Impression, p. 143). The principles of exploitation-free Bangladesh were laid in Part Two of the constitution which elaborated on the nature of ownership of property, the responsibility of the state to emancipate the toiling masses including peasants, workers, and disadvantaged sections of the people, as well as how to ensure the constant increase of productive forces and steady improvement in the material and cultural living standard of the people. These constitutional pledges were made to secure for the citizens the provision of necessities of life, the right to work, the right to rest, recreation and leisure and the right to social security.

These commitments towards a socialist economy in the constitution did not come abruptly. These ideas were rooted in the mind of Bangabandhu right from his early engagements in politics. Shattered by the unbelievable human tragedies witnessed during the 1943 Bengal Famine and subsequent inequalities in the economy and society of Pakistan, he was attracted by the achievements of post-revolutionary China upon his first visit in 1952. He was deeply touched by the efforts made by Communist China in establishing an exploitation-free society.

When Sheikh Mujib had visited China in 1952, he was impressed by how much China had grown within just a few years. In his travelogue ‘New China 1952’ (Bangla Academy, 2021) he wrote, “This is how the life of peasants has been transformed. The government has declared rewards for farmers able to produce the most crops. ‘Mutual Aid Societies’ have been set up in village after village. Each farmer supports the other. In villages, farmers have come together to carry out their work as one. ‘Each for the other and all for all’ is the principle that has been broadcast everywhere; work is being done accordingly.” (ibid. p. 119). He also noted that the villagers were tilling their land communally and digging rivers and canals to control flooding. As a result, the unemployment level in China was declining significantly, he noted. Bangabandhu visited many agricultural farms, industrial factories, schools and universities and workers’ colonies to find out how the socialist system was operating in post-revolutionary China. While profusely appreciating what the Chinese government was doing for the good of the people, he was also critical about the lack of individual freedom as expected from a born democrat. Thus, he concluded his travelogue by saying, “In my opinion, people must have the right to food and clothing and to demand these things, At the same time they must have the right to express their own beliefs. If this is not allowed, the life of a man perhaps will become as hard as a stone.” (ibid. p. 160).

His inclination for socialism was reflected in Awami League’s manifesto during the General Election in 1970. After Bangladesh’s independence, Bangabandhu did not back down on his dream of establishing a just society. He wanted the poor people of Bangladesh to smile. He aspired for all people to have food, accommodation and employment. The impoverished people of Bangladesh were at the centre of his development discourse. Professor Rehman Sobhan eloquently described this abiding relationship of Bangabandhu and the masses in his recent lecture titled ‘The role and vision of Bangabandhu Sheikh Mujibur Rahman in the making of the Bangladesh nation state’ given at SOAS, University of London. He rightly said, “What most people tend to overlook is Bangabandhu’s life-long empathy with the common people. More than most leaders, in his own life and his campaign at the grassroots level to organise the Awami League party, he acquired first-hand exposure to the unjust and exploitative nature of the society in which the common people lived out their lives. From his earliest writings in his memoirs and prison diaries, he speaks of socialism as a possible social order to end such exploitation. For Bangabandhu, the idea of a just society was not just about ending the exploitation of the Pakistan elite but of eradicating it from the social order of a self-ruled Bangladesh.” (Rehman Sobhan, ‘The role and vision of Bangabandhu Sheikh Mujibur Rahman in the making of the Bangladesh nation state’, Lecture at SOAS: University of London, unpublished, 2021, p.26). Sheikh Mujib’s core agenda of socialism as a fundamental principle incorporated in the constitution was, therefore, rightly reflected in the First Chapter of the First Five-Year Plan. The objectives of the Plan were to reduce poverty; continue reconstruction; increase GDP growth; provide minimum consumption requirements; control inflation; increase per capita income by 2-5 percent; consolidate gains made in socialist transformation; reduce dependency on foreign by export maximisation and import substitution; improve technology and employment situation in agriculture; population planning; improvement in human development; and increase employment and mobility of labour (First FYP, 1973, p. 9-10).

On 26th March 1972, Bangabandhu had declared the Presidential Order for nationalisation of certain industries which became the core element of the Plan. He believed that in line with the goal of socialism this nationalisation was required to prevent the concentration of wealth in the hands of a few rich capitalists. Nurul Islam wrote that Sheikh Mujib did not like the concentration of incomes and “not only allowed but also was, in fact strongly in favour of encouraging small and medium scale enterprises” (Nurul Islam, ‘Making of a Nation Bangladesh: An Economist’s Tale’, UPL, second impression, 2005, p. 209). Section 1.12 of the First Five-Year Plan was titled ‘Reducing Exploitation’ and elaborated on measures to reduce exploitation of the poor. It argued that exploitation could be reduced in phases if there were no interruptions in production. The plan further stated the importance of land reforms, cooperatives for small farmers and landless labourers, and nationalisation of industries except small and cottage industries. Trade was to be dominated by the state and cooperative enterprises while private traders would be in control of retail trade. Consumers would receive few essential items from state-owned Consumers Supply Corporation. Housing and transportation would also be controlled by both the state and cooperatives. As a result, property owners would not be able to exploit their tenants (First FYP, 1973, p. 6).

However, the planners were aware of the challenges of socialist development in an old society. New norms could only develop if the productive forces continued to grow and there was an egalitarian distribution of social income. The forms of unproductive consumption and unearned income were to be removed from the economic system. The implementation of such a farsighted vision required well-trained cadres and political leadership to ensure genuine public participation in the planning process (First FYP, 1973, p. 1-7). This was easier said than done. No doubt, Bangabandhu’s Second Revolution was meant to ensure social transformation. However, that phase of his transformational journey could not even launch due to the unforeseen tragedy that fell on the ill-fated nation in August 1975.