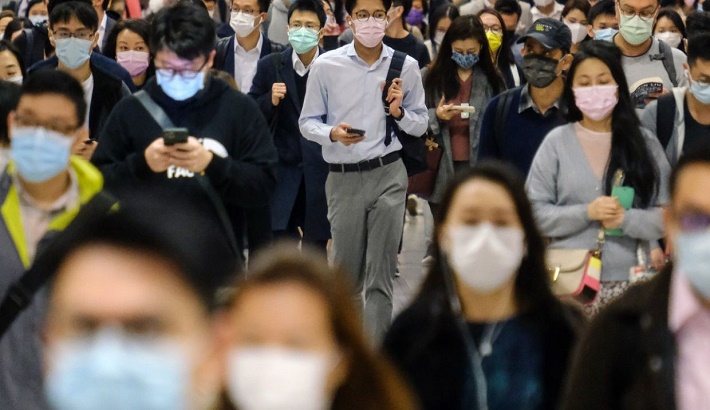 Two more people have died and nine others experienced facial paralysis after receiving vaccinations for the coronavirus, experts monitoring vaccinations in Hong Kong have revealed.

The latest deaths involved two chronically ill patients who took the China-made Sinovac jab. An 80-year-old woman who was vaccinated on March 2 died on Friday, while a 60-year-old man died on Wednesday after getting vaccinated on March 11. Previously, seven people had died following Sinovac jabs, while one person died after taking the BioNTech one. No direct link has been established between the shots and the fatalities.

The nine cases of temporary facial paralysis take the total number of vaccine recipients who suffered from the condition, known as Bell’s Palsy, to 11, one of which involved a BioNTech jab. Authorities in the morning suspended distribution of the German-made vaccines “until further notice” after packaging defects were found in a batch of shots.

The city recorded 10 new coronavirus cases on Wednesday, including one involving a delivery man who visited multiple families during the infectious period of the disease and who were ordered into quarantine.

Four of the latest cases were locally transmitted, of which one was untraceable. The remaining six were imported from India and Pakistan. Three of them carried a mutant strain of the coronavirus, taking the total number of cases of variant strains identified in Hong Kong to 116. Fewer than 10 people tested preliminary-positive.

The sole unlinked case was the delivery man, 55, who lives in Whampoa Garden, Hung Hom. He experienced an onset of symptoms on March 17 and last worked on Tuesday. He visited about 20 households between March 13 and Monday, and stayed for a period of time at around 10 of them. Residents who were present, as well as the worker’s colleagues, must now be isolated.

“During his communicable period, he sent goods to and assembled furniture at quite a number of places, and he and his colleagues stayed for more than 15 minutes at many of them,” said Dr Chuang Shuk-kwan, head of the Centre for Health Protection’s communicable disease branch.

“Although all of them claimed to have worn masks ... this is a home setting. Usually the space will not be very big and we’re afraid that if he was transmissible, sometimes even if he wore a mask, there was still a risk of transmission to the people who came into contact with him. So we will quarantine those who stayed in the flat while he was there.”

One of the latest cases was tied to a superspreading cluster centred on the Ursus Fitness gym in the Sai Ying Pun neighbourhood popular with expatriates, taking the size of the outbreak to 151.

Following the discovery of problems with the German-made BioNTech shots, authorities announced the cancellation of bookings at all 21 community vaccination centres providing the jab, also known by the brand name Comirnaty.

Local distributor Shanghai Fosun Pharmaceutical notified the Hong Kong and Macau governments of issues with the seals of vials in batch 210102, and in the interests of safety, officials decided to temporarily halt delivery of the affected shots. Authorities have launched an investigation into the faulty seals.

Officials said vaccinations using a second batch – numbered 210104 – would also be suspended as a precaution. Officials emphasised that BioNTech and Fosun had not found anything to indicate the doses presented a safety risk.