Is melatonin safe for kids? Here's what the experts say 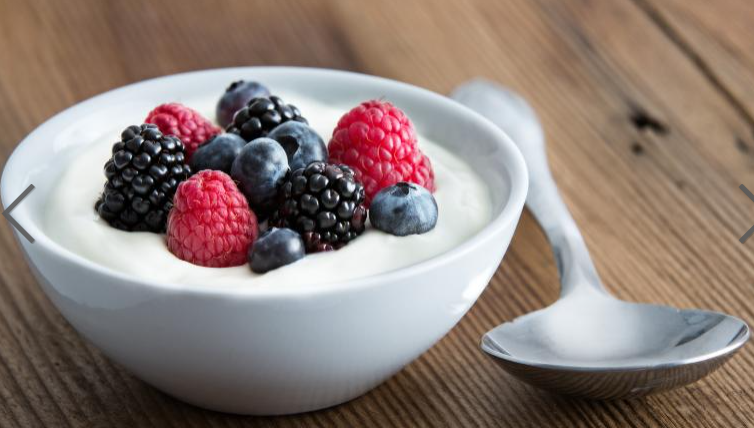 Melatonin is a popular over-the-counter sleeping aid, touted as a natural way for adults to fall asleep and used by millions around the world. So why wouldn't it be good for children, too?

"There is a view that if it's natural, then it can't hurt," said Rebecca Robbins, an associate scientist at Brigham and Women's Hospital in Boston, who studies sleep.

"The truth is, we just really don't know the implications of melatonin in the longer term, for adults or kids," she said.

"People think melatonin is an herb or supplement, but it's a hormone," said Dr. Cora Collette Breuner, a professor in the department of pediatrics at Seattle Children's Hospital at the University of Washington.
"Does taking it delay puberty? Does it delay the onset of a menstrual period or make it happen sooner?

What is melatonin?
Melatonin is secreted by the pineal gland, located deep within the brain, and released into the bloodstream. Melatonin levels regulate the body's natural sleep-wake cycle, or circadian rhythm, adjusting it to day and night.

Triggered by darkness, production of melatonin is halted by light. That's one of the reasons that sleep specialists recommend avoiding light before bed and during the night, including blue light emitted by smartphones and laptops.

Research shows that melatonin is best used to treat sleep latency, which is the amount of time it takes someone to fall asleep, Breuner said. Therefore it's often used to combat jet lag or adapt to new time zones.
Shift workers and "night owls" who need to push back their bedtime in order to get up early for work also successfully used melatonin, according to a 2018 study, but in conjunction with behavioral therapy.

When it comes to melatonin and children, "recent studies have indicated that melatonin effects vary from child to child due to different sleep disorders and variability in circadian rhythms," Breuner said.

In six randomized controlled trials on melatonin treatment in the pediatric population, she said, melatonin decreased the time it took to fall asleep, ranging from 11 to 51 minutes.

"However, these were very small studies with widely variable results," Breuner said. "So I say to the parents, 'You're really looking at as little as 11 minutes in decreasing the amount of time it takes your child to fall asleep.'

"I also tell families, this is not something your child should take forever. Nobody knows what the long-term effects of taking this is on your child's growth and development," Breuner added.

Unknowns of melatonin
The use of melatonin appears "to be safe for most children for short-term use," according to the National Center for Complementary and Integrative Health, a department of the National Institutes of Health.

But the the agency also points out that "there are uncertainties about what dose to use and when to give it, the effects of melatonin use over long periods of time, and whether melatonin's benefits outweigh its possible risks."

Side effects documented in children include drowsiness, headaches, agitation and increased bed-wetting or urination in the evening. There is also the potential for harmful interactions with drugs sometimes prescribed for children's allergic reactions.

The agency also warns supplements could affect hormonal development, "including puberty, menstrual cycles, and overproduction of the hormone prolactin," which causes breast and milk development in women.

No quality control
Because melatonin is sold as a dietary supplement, not a drug, melatonin manufacturers are not subject the scrutiny by the US Food and Drug Administration's safety measures and approval process.

"Some melatonin supplements may not contain what's listed on the product label," the NCCIH warns. The agency points to a 2017 study that found the majority of 31 different melatonin supplements bought from grocery stores and pharmacies and tested contained levels of melatonin that did not match the bottle's description.

Actual melatonin concentrations ranged from 83% less to 478% more than listed on the label of the liquids, capsules and chewable tablets, the study found.

"Also, 26 percent of the supplements contained serotonin, a hormone that can have harmful effects even at relatively low levels," the NCCIH said.

If you are buying melatonin, "pharmaceutical grade melatonin is the best way to go," Breuner said. "It is the highest purity and has the most scrutiny." To find that, look for a stamp showing the product has been tested by the independent, nonprofit US Pharmacopoeial Convention Dietary Supplement Verification Program.

What's the right dosage?
Even when properly made and correctly packaged, however, melatonin is sold at levels far exceeding the amount needed to induce sleep, Breuner said.

In the original studies back in the late 1980s, melatonin was successfully inducing sleep "at .5 to 1.0 milligrams daily at night," instead of the 5 to 200 milligrams that can currently be bought in stores or on the internet.

Today, studies are being done using "micrograms, so not 5 milligrams but 5,000 micrograms," Breuner said.
"America is a more is better, 'supersize me' kind of culture, but melatonin should not be used that way. A small dose goes a really long way," Robbins said.

Work with a pediatrician
A lack of knowledge on proper dosage, purity and side effects, Breuner said, are key reasons parents should not give their child melatonin without a pediatrician's OK and guidance.

Another is timing. Many people take melatonin or give it to their children just before bed. But to make it work, you must give it to the child "at least two hours before you want them to be falling asleep, not right before bed," she said. That allows the hormone to be absorbed and trigger sleepiness.

Triggering sleep is key. Most sleep difficulties parents see in their children can be solved with proper "sleep hygiene," Breuner said.

Taking away blue-light-emitting smartphones, tablets, laptops and television at least two hours before bed will keep melatonin production humming along, as will reading or listening to bedtime stories in a softly lit room, taking a warm bath, or doing light stretches.

If done most nights, these actions "trigger" the brain to expect bedtime, thus making a smooth transition to sleep.

Breuner asks all her parents to take their child off melatonin for a six-week period every three to six months, to be sure the child's body is still making melatonin. She calls it a "wash out" period.

"They always look at me like I'm crazy," Beuner said. "I tell them 'I really, really need you to just try to do a wash out period where they don't take it for six weeks.'

"One of the things I find with these parents is that if they do do it, probably 75% of the time they realize they never even needed to give melatonin to the child at all -- they actually do fine without it," she said.

Subscribe to CNN's Sleep, But Better Newsletter: Want the best sleep of your life? Sign up for our newsletter series for helpful hints to achieve better sleep.

Children who may need melatonin
There are some populations of children for whom melatonin is a blessing, Breuner said. That is especially true for children diagnosed with autism.

"Children who are on the spectrum have a very hard time getting to sleep or staying asleep," she said, adding that many studies have found that adding doses up to "six, sometimes 10 milligrams at night" can be "very, very helpful."

"For those kids in my practice who have diagnosed Autism Spectrum Disorder, I don't even have those kids do a wash-out," Breuner said. "Those families are like, 'Please don't do this. This is the only thing that keeps my kid from roaming the house at night.' "

Another group of children who may benefit from melatonin, Breuner said, are children with attention deficit hyperactivity disorder, or ADHD, who are on stimulants to help them with school during the day.

"They may be still feeling the stimulant at night and it's very hard for the kid to get themselves to wind down," she said. "Or the medicine has worn off and they can't get focused and organized enough to go to sleep. So parents are asking for melatonin to help their kid get focused to organize their sleep hygiene routine."

The final takeaway for parents?
"Don't go rogue and start doing this. You really, really need to talk to your pediatrician about it first," Breuner said. "You need to be sure that melatonin -- or any sleep aid -- doesn't interfere with another medication the child is taking, such as steroids for asthma.

"And please give your child a break from it every three to six months to see if they would do just fine without any medication, along with some hugs, lullabies and proper sleep hygiene."