Modi hands over Gandhi Peace Prize for Bangabandhu to his daughter 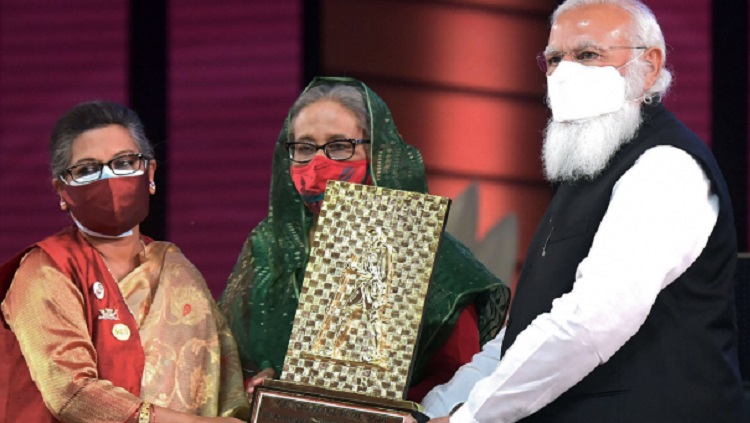 Speaking at the National Day programme of Bangladesh, Modi said conferring Gandhi Peace Prize on Mujibur Rahman is a matter of honour for India.

He handed over the award, a citation, a plaque and a shawl to Sheikh Rehana in the presence of Prime Minister Sheikh Hasina. The award carries an amount of ₹ 1 crore.

The Gandhi Peace Prize is an annual award instituted by the government of India since 1995, the 125th birth anniversary commemoration year of Mahatma Gandhi. 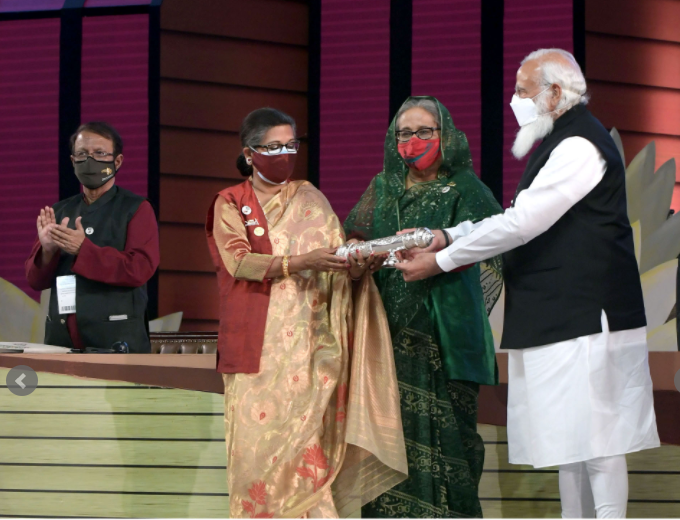 Modi earlier said Bangabandhu was a champion of human rights and freedom, and a hero to Indians as well.

The award carries an amount of Rs 1 crore, a citation, plaque and an exquisite traditional handicraft/ handloom item.

Bangabandhu, who proclaimed independence, was imprisoned in Pakistan when Bangladesh was born. Pakistan was forced to set him free on January 8, 1972.

Father of the Nation Sheikh Mujibur Rahman returned to Dhaka on January 10, 1972. He later took over as Prime Minister of Bangladesh. He along with most of his family members got assassinated by some disgruntled military officials on August 15, 1975. Sheikh Hasina and her sister Sheikh Rehana survived as they were in Europe.