AstraZeneca must 'catch up' on Covid-19 vaccine deliveries to EU 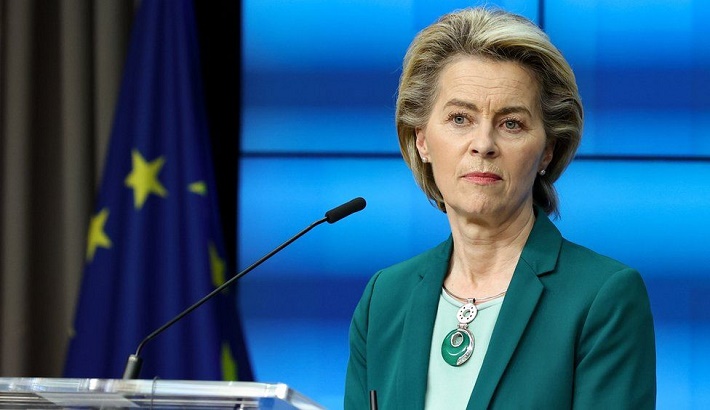 The vaccine producer AstraZeneca must "catch up" on its promised deliveries to the EU before exporting doses elsewhere, the bloc's chief has said.

"The company... has to honour the contract it has with member states," European Commission President Ursula von der Leyen said on Thursday evening.

She spoke after EU leaders held a summit to discuss vaccine supplies.

Meanwhile, French President Emmanuel Macron told reporters this marked "the end of naivety" from the EU.

Vaccine rollouts in European Union states have started sluggishly, and the bloc has blamed pharmaceutical companies - primarily AstraZeneca - for not delivering promised doses. AstraZeneca has denied that it is failing to honour its contract.

The EU has been criticised, primarily by the UK and the World Health Organization (WHO), for so-called vaccine nationalism after it introduced export controls on jabs produced within the bloc.