Modi could sign range of packs with Bangladesh on his two-day visit: Shringla 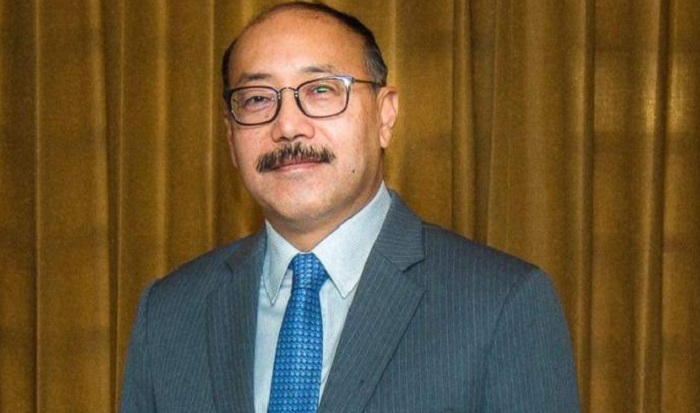 A number of new announcements – bolstering cooperation in areas ranging from health, railway connectivity, border development and start-ups – are also expected to be made during Modi's trip, he told reporters in New Delhi.

Modi is to visit Dhaka and a few other places in Bangladesh during his two day trip starting on March 26 to mark the birth centenary celebrations of Bangladesh Father of the Nation Bangabandhu Sheikh Mujibur Rahman.

The two countries are also marking the completion of 50 years of Bangladesh’s emergence as an independent country as well as five decades of the establishment of diplomatic relations between New Delhi and Dhaka.

According to Shringla, the importance of the visit could be gauged from the fact that as Bangladesh commemorates 50 years of independence, “they have invited our Prime Minister to share the dais."Ties between the two countries had no parallel, Shringla said pointing to the fact that Indian soldiers had fought and had been killed alongside Bangladeshis for independence.

Relations had evolved since then and were seen as “a model" for others to emulate, Shringla said referring to the depth and breadth of interaction between the two countries. Modi will also make a rare visit to Gopalganj’s Tungipara area, the birth place of Sheikh Mujibur Rahman, who is father of Bangladesh Prime Minister Sheikh Hasina.

On the pacts to be signed Shringla said: “Both sides will be signing a range of agreements during the prime minister’s visit. These agreements will be covering a number of areas of our cooperation – disaster management, trade, oceanography."

He later added that the two countries were looking at a “comprehensive trade related agreement" and that both countries would continue discussions on a comprehensive economic partnership.

During Wadhawan’s visit, the two countries had decided to expeditiously move forward on the feasibility study on the Comprehensive Economic Partnership Agreement (CEPA).

Despite the pandemic, the two countries had kept up the momentum of high level contacts with virtual summits between the two prime ministers in December 2020 and visits by delegations on subjects ranging from river water sharing and defence to a dialogue between the police chiefs of the two countries, Shringla said.

On connectivity, he said that the two countries had reconnected five of six rail links that existed before the second India-Pakistan war in 1965 after which the links were severed.