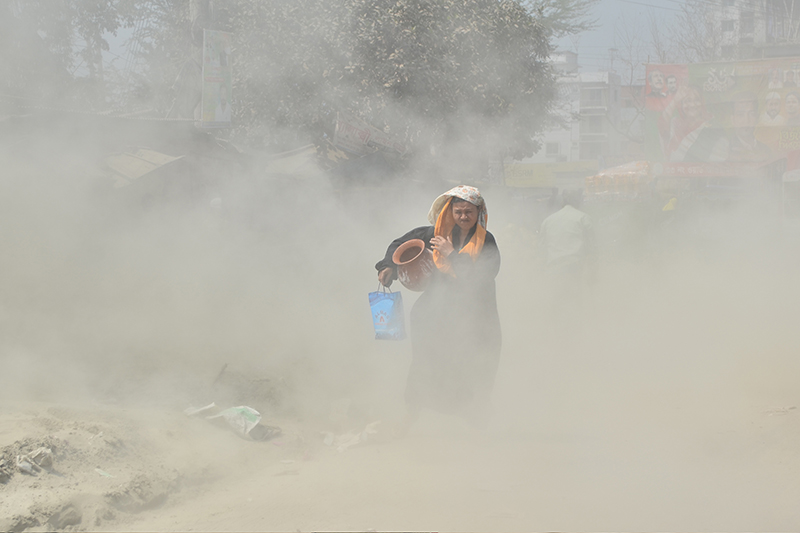 Dhaka occupied the third position in the list of world cities with the worst air quality on Wednesday.

The capital’s air quality index was recorded at 198 at around 11:35am.

India’s Delhi and Nepal’s Kathmandu occupied the first two positions in the list, with AQI scores of 266 and 213, respectively.

In Bangladesh, the overall AQI is based on five criteria pollutants – Particulate Matter (PM10 and PM2.5), NO2, CO, SO2, and Ozone. The Department of Environment has also set national ambient air quality standards for these pollutants.

The densely populated capital of Bangladesh has long been grappling with air pollution issues. The air quality usually improves during monsoon.

A report by the Department of Environment and the World Bank in March 2019 pointed out that the three main sources of air pollution in Dhaka ‘are brick kilns, fumes from vehicles and dust from construction sites’.

Over 80 per cent living in urban areas which monitor air pollution are exposed to air quality levels that exceed WHO guideline limits, with low- and middle-income countries most at risk.