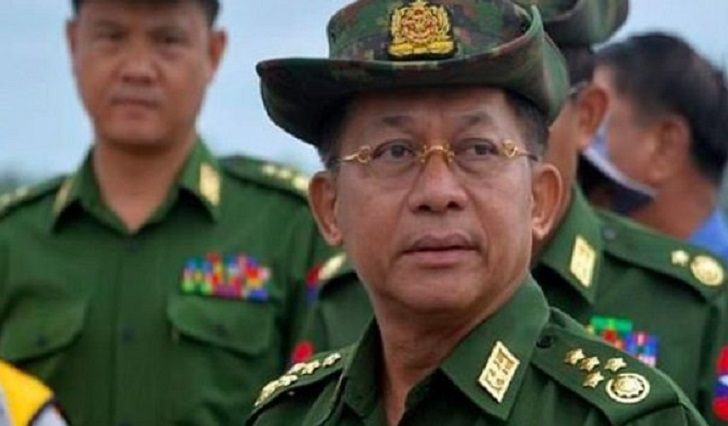 The EU placed Myanmar junta chief Min Aung Hlaing on an assets freeze and visa ban blacklist Monday over a coup and crackdown on demonstrators, the bloc's official journal said.

"Commander-in-Chief Min Aung Hlaing has been directly involved in and responsible for decision making concerning state functions and is therefore responsible for undermining democracy and the rule of law in Myanmar," the listing said.

It said that the army chief was "directly responsible" for a brutal crackdown by the authorities in the wake of the February 1 seizure of power.

The 27-nation bloc also added nine other senior military officers and the head of Myanmar's election commission to the list.

The listings -- approved by foreign ministers at a meeting in Brussels on Monday -- represent the EU's first punitive measures over the coup.

Myanmar has been in turmoil since the military ousted civilian leader Aung San Suu Kyi last month, triggering a mass uprising that security forces have sought to crush with a campaign of violence and fear.

European diplomats have said businesses tied to the military will likely be placed under sanctions in the coming weeks.