Swadhinata Sarak will serve as bridge of friendship between Bangladesh and India: Tajul 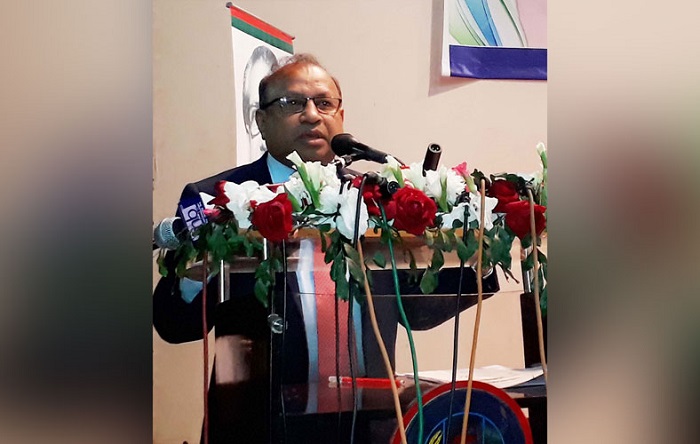 Minister for Local Government, Rural Development and Cooperatives Mohammad Tajul Islam said that the historic Swadhinata Sarak in Mujibnagar will play the role of a bridge of friendship between Bangladesh and India.

“We have built the road on our part. The Indian government will build the road on the Indian side…Once built, it will give the friendship of the two countries a new dimension,” the minister told reporters while inspecting the construction work of Swadhinata Sarak in Mujibnagar in Kushtia’s Meherpur, said a release here.

“This village road is a witness to one of the greatest histories of the liberation war. For the swearing in ceremony of the first government of Bangladesh, great leaders and number of foreign journalists crossed the road. The road bears their memories and a journey towards the history,” Tajul added.

The minister also mentioned that on the occasion of the golden jubilee of the independence of Bangladesh, the road is being paved with great importance.

The minister further said, “It is a matter of great pride for us that the Prime Minister of India, Narendra Modi, will be coming to join our celebrations on the occasion of golden jubilee of the independence.”

He paid deep respect to the Government of India for their cooperation with Bangladeshis in the great war of liberation, the release added.

Later, after being given a guard of honor, the minister paid homage to the martyrs by laying a wreath at the Mujibnagar Memorial. The minister also visited the Swaraswati canal.

According to the release, under the supervision of LGED, the construction and renovation of the Swadhinata Sarak has been done from Amrakanan to Bangladesh part at a cost of Tk 1.04 crore.