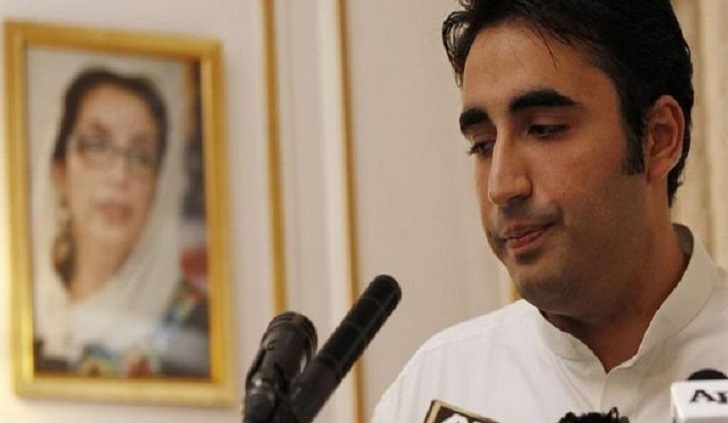 Aurat March, which started in 2018, carried out every year on International Womens' Day to highlight atrocities against women.

Bilawal's comments came during a meeting with organisers of the Aurat March's Karachi chapter following a flurry of hate, threats of violence, and intimidation against women, the transgender community, and non-binary folks protesting against oppression on International Women's Day, according to Geo News.

Images and videos published on social media by unidentified individuals shortly after Aurat March 2021 created a controversy, which organisers said were edited to include subtitles that maliciously misinterpreted different words in their chants.

Bilawal said that the powerful voices of women during the rally "challenged those who deny their abilities".

"The misuse of blasphemy laws by certain elements to target women marchers is regrettable," he said.

He also said that he was happy that organisers of the march had highlighted the frustrations and problems of Pakistani women, while also mentioning his late mother and former PM Benazir Bhutto.

Bilawal also assured them of the Sindh government's continued support for their cause.

The Aurat March 2021 preparations were curtailed due to the COVID-19 pandemic and organisers also focused into security arrangements. The 2020 march saw attendees getting pelted with stones and the demonstrators being attacked.

According to Human Rights Watch, data from domestic violence helplines across Pakistan indicated that cases of domestic violence increased 200 per cent from January-March 2020, and further worsened during the COVID-19 lockdowns after March.

According to the report, Pakistan's prison laws did not meet international standards and officials routinely ignored laws meant to protect women, prisoners. The report also found that children who accompany their mothers in prison face additional risks of poor nutrition and lack of education. (ANI)