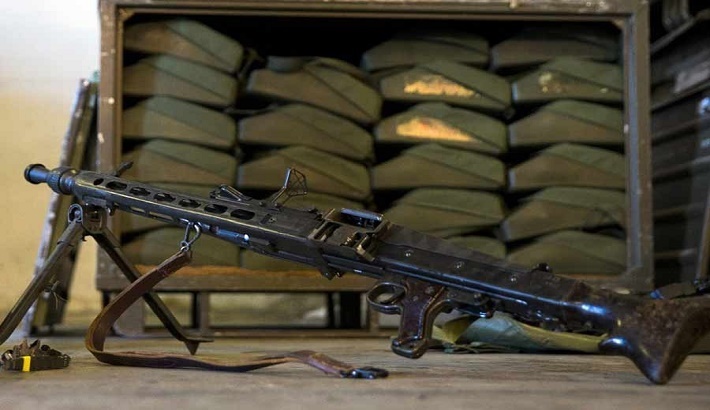 Although China accounted for 61 per cent of Pakistan’s arms imports in 2011-15 and for 74pc in 2016-20, the country’s arms imports decreased by 23pc, according to the latest report released by the Stockholm International Peace Research Institute (SIPRI).

The report, ‘Trends in International Arms Transfers 2020’ says Pakistan remained the main recipient of Chinese arms and accounted for 38pc of Chinese arms exports in 2016-20.

The report by the independent international institute says arms imports by states in Asia and Oceania decreased by 8.3pc between 2011-15 and 2016-20. Of the largest importers in 2016-20, five are in Asia and Oceania: India, Australia, China, South Korea and Pakistan.

The United States accounted for 29pc of the arms imports by states in the region, Russia for 27pc and China for 9.4pc.

France and Israel were the second and third largest arms suppliers to India in 2016-20. India’s arms imports from France increased by 709pc while those from Israel rose by 82pc.

Combat aircraft and associated missiles made up more than 50pc of the Indian arms imports in 2016-20.

The report says that the overall drop in India’s arms imports between 2011-15 and 2016–20 seems to be mainly due to its complex and lengthy procurement processes, combined with its attempts to reduce its dependence on Russian arms by diversifying its network of arms suppliers.

As India perceives increasing threats from Pakistan and China and as its ambitious plans to produce its own major arms have been significantly delayed, it is planning large-scale programmes for arms imports.