Bangabandhu: The World Leader Who Spoke for the Oppressed 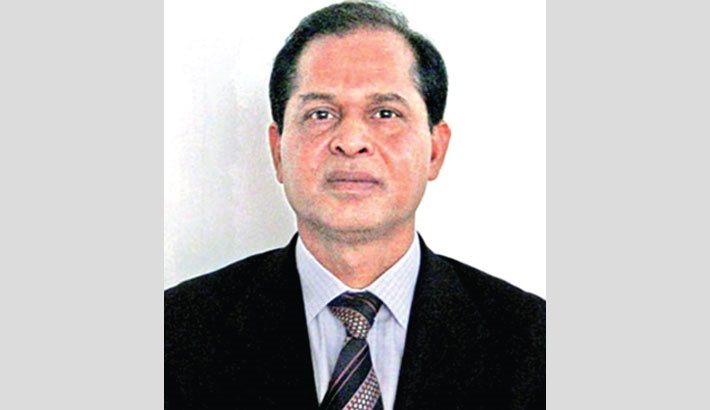 Bangabandhu Sheikh Mujibur Rahman, the father of the Bengali nation, did not speak only for his own people in any international forum, but also raised his unequivocal voice for the poor and suppressed people of the world. Bangabandhu, as Prime Minister, attended four international conferences and as President, attended only one. In all those international meetings and conferences, Bangabandhu strongly demanded justice for the poor and oppressed people of the world wherever they were from. In this regard, his voice was bold, uncompromising and fearless. In fact, within his very short period of leadership, he was able to leave a remarkable contribution in the world affairs for human welfare, particularly for the people living in poverty, exploitation and suppression. This role made Bangabandhu the world leader for the poor and suppressed.

This may become clear if we have a glimpse on the Bangabandhu’s speeches, which were delivered at the summits, meetings or conferences he had attended. Bangabandhu, at the Commonwealth Heads of Government meeting held in Ottawa in August 1973, said that the poor countries or the developing world were facing the challenges of poverty, hunger, illiteracy, disease and unemployment. He also pointed out that these countries were made so dependent economically that it was not easy to overcome that situation. Therefore, the spokesman of the poor, Bangabandhu said, “With a population of 75 million, we are acutely aware of the gigantic difficulties that are involved in meeting the challenge of poverty, hunger, illiteracy, disease and unemployment. The challenge is more formidable when solutions to these problems have to be found within the framework of a working democracy, when economic freedom has to be secured without sacrificing political freedom, and economic growth has to be achieved without sacrificing social justice. These anxieties and these problems have been with us in the developing world, and will continue to be with us. But, perhaps, the time has now come when the developed world should begin to share these anxieties. They should recognise that they have a common interest in reversing the process which threatens to turn the world where a few islands of prosperity are surrounded by oceans of misery.”

At that meeting, Bangabandhu also highlighted a number of problems, including the growing disparity between the rich and poor countries and the need for action to reverse that trend. In that context, he expressed his expectation that the developed countries of the Commonwealth would lead the way in undertaking necessary structural adjustments in their domestic economies with a view to enabling poor countries to attain economic growth on the basis of their comparative advantage. He further said, “The same principle of ‘equal opportunity’ must be extended to the developing countries in the context of the international economy. What is needed to achieve this is political will; what is needed is recognition by the rich countries of their responsibility towards the poorer countries. We recognise that disparities between the poor and the rich countries cannot be eliminated overnight or indeed for a long time to come, but what is imperative is that the international community should recognise the responsibility of ensuring a critical minimum rate of growth of between 6 to 7 per cent per annum in the poor countries.”

Bangabandhu sought the intervention of the Commonwealth members in the just struggle of the oppressed people against colonialism as well as to stand against racial discrimination and violation of human rights. He said, “There remain, however, areas of the world which should be a source of concern for us. Until there is strict implementation of Paris Peace Accord on Vietnam and stoppage of bombing in Cambodia, prospects of peace in South East Asia will remain unreal.” Bangabandhu demanded a just solution of the continued occupation of Arab territories and the denial of the legitimate rights of the Arab people, and the people of Palestine. He urged the world leaders to support the struggle of the people of South Africa, Rhodesia, Namibia, Angola, Mozambique and other parts of Africa. In this context, he did not forget to mention that Bangladesh was pledged by its Constitution to support the just struggle of all oppressed people against colonialism and racialism.

Emphasising the role of economy for peace, Bangabandhu said, “The rich countries have been able, through concerted and conscious action, to improve their position, often at the expense of the poor countries. We, the poor countries, on the other hand, are faced with grim prospects. With the worsening terms of trade, stagnation in exports, and food deficits, we are confronted by formidable problems of poverty, hunger, illiteracy, disease and unemployment.” In this context, he put his confidence on the people who could only achieve the desired goal.

Bangabandhu also highlighted issues like the illegal occupation of Arab lands by Israel; the fundamental rights of the Palestinians; the struggles for liberation in Angola, Mozambique, Namibia, Guinea Bissau, in Latin America and other parts of the world; apartheid in South Africa and the realisation of aspirations of the people of Vietnam, Cambodia and Laos. He said, “Let this Conference unequivocally pledge its positive support to those who are struggling for national liberation and for their realisation of their legitimate rights in Africa, Asia and Latin America.”

At the 29th session of the UN General Assembly held in September 1974, Bangabandhu Sheikh Mujibur Rahman said, “While legacy of injustices from the past has to be liquidated, we are faced with the challenges of the future. Today, the nations of the world are faced with critical choices. Upon the wisdom of our choice, it will depend whether we will move towards a world haunted by fear of total destruction, threatened by nuclear war faced with the aggravation of human sufferings on a tremendous scale marked by mass starvation, unemployment and the wretchedness of deepening poverty, or whether we can look forward to a world where human creativity and the great achievements of our age in science and technology will be able to shape a better future free from the threat of nuclear war and based upon a sharing of technology and resources on a global scale so that men everywhere can begin to enjoy the minimum conditions of a decent life. The great economic upheavals which have recently shaken the entire world generate a sense of urgency about building a just international economic order.”

Bangabandhu urged the world community to reaffirm in unequivocal terms that there should be an international responsibility to ensure that everyone everywhere would enjoy the economic, social and cultural rights as guaranteed by the Universal Declaration of Human Rights. This responsibility, according to the universal declaration should extend to ensuring to everyone the right to a standard of living adequate for the health and well-being of himself and his family. In his speech at the world Assembly, Bangabandhu raised a number of issues of oppression, like the legitimate rights of the people of Palestine, the struggle of the people of Zimbabwe (Southern Rhodesia) and Namibia as well as the apartheid issue.

While addressing the opening session of the 20th Summit of the Commonwealth Heads of Government held in Kingston on 29 April 1975, Bangabandhu called for the creation of a new economic order to eliminate the growing economic disparity between the rich and poor nations. In his speech, he also emphasised the importance of taking comprehensive programmes for rural development and increasing food production on priority basis. In this context, he mentioned the importance of inter-Commonwealth cooperation. Bangabandhu expressed his hope that such important decisions would be taken to lay the foundation of a new international economic order based on justice and inter-dependency before it was too late.

He announced his country's solidarity with the Africans engaged in their just struggle to eliminate the oppression of racism and apartheid from South Africa and to earn independence. He assured the African leaders attending the conference that they could be sure of the support of the 75 million people of Bangladesh in their rightful struggle. Bangabandhu even offered his trained freedom fighters to work in the training camps of the freedom fighters in Zambia and Namibia.

Regarding the situation in the Middle East, he lamented Israel's refusal to compromise and blamed Israel to continue the crisis. Bangabandhu Sheikh Mujibur Rahman described the victory of the people of Cambodia and Vietnam as the implementation of the aspirations of the people through decades of bloody war.

Bangabandhu always felt the miseries of the have-nots of the world. He used to say, “The world is divided into two parts- oppressors and oppressed. And I am with the oppressed”. Bangabandhu never stood silent if there were any injustice and exploitation at any place against any person irrespective of caste or creed. By born he was a world leader who used to speak for the oppressed people. I have tried to mention here some of the manifestations of his role for the poor and oppressed people.

By this time, some of those countries had come out of suppression; some issues like poverty and Palestine crisis are still there. Also a few new issues are added. We are passing through a difficult time. However, we can only expect as said by Bangabandhu Sheikh Mujibur Rahman at the UN General Assembly, “I end my speech by believing in the invincible power of man, the power of man to make the impossible possible and the unwavering belief in the power to conquer the invincible.”