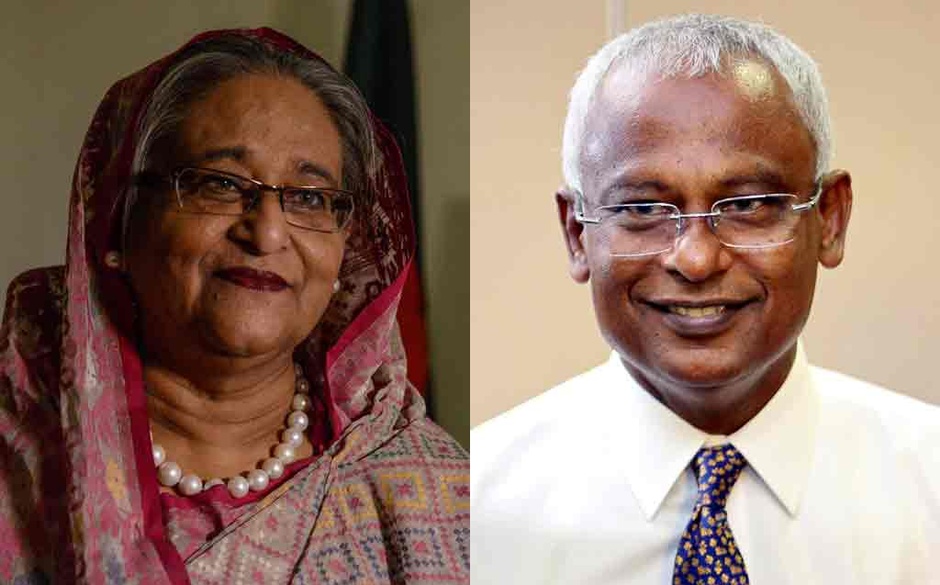 The meeting will take place at PM’s official Ganabhaban residence this noon.

The Maldives President will attend a cultural show and dinner to be hosted by President Abdul Hamid at the Bangabhaban this evening.

From the airport, Solih went to the National Martyrs' Memorial in Savar to pay respect to the martyrs of the Liberation War and then to pay homage to Bangabandhu in Dhanmondi.

In the afternoon, he attended the National Parade Square function at Tejgaon where Bangladesh President Abdul Hamid and Prime Minister Sheikh Hasina joined him in the afternoon.

Maldives President Solih delivered speech as a guest of honour.

Maldives is the largest labour market for Bangladesh in South Asia. Some 90,000 Bangladeshis work there. Many of them became undocumented and some 10,000 returned home last year. There is scope for cooperation in trade in fisheries, health, tourism and climate change.