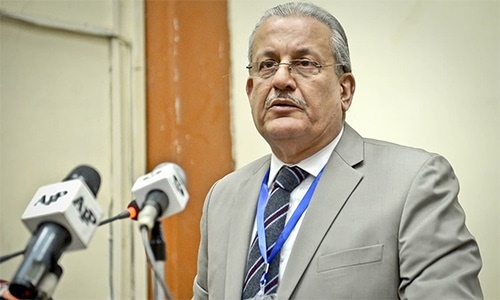 Senator Mian Raza Rabbani has said that the concepts of federalism and parliamentary democracy in Pakistan are eroding with each passing day.

He expressed these views as a keynote speaker at a national conference on “Making Pakistani federalism work: lessons from the government Covid-19 response” organised by Democracy Reporting International (DRI) with support from Foreign, Commonwealth Development Office (FCDO) of the UK government.

The conference was attended by lawmakers, legal and governance exerts from the federal capital and provinces.

Senator Rabbani said that it is very unfortunate that efforts are being made to replace the current federal parliamentary democratic system with a quasi-presidential system, adding internal and external conditions are not conducive for such experimentation.

He stressed the need for strengthening the existing federal coordination mechanisms under the Council of Common Interests (CCI) instead of creating a new extra constitutional forum such as the National Command and Operation Centre (NCOC).

He said CCI is the linchpin of the federal system but unfortunately meetings of the apex body were not convened regularly. As per the Constitution, a minimum one meeting should be held within 90 days.

He said all matters in the Federal Legislative List Part-II should be decided by CCI but now these were decided by the cabinet in violation of the Constitution. He said 18th amendment is a starting point, and more powers should be devolved to the federating units.

Speaking on the occasion, MNA Raiz Fatayana said 18th amendment was not a holy scripture, was passed in haste and should be reviewed. He demanded that share of the federal government in the National Finance Commission (NFC) should be increased.

Afrasiab Khattak, a former senator, said unlike its neighbours Iran and China that had centuries-old history, Pakistan is a new country with great potential for development provided there was rule of law.

He said following the Constitution and giving due rights to the people would guarantee prosperity of the country.

Senator Dr Jehanzeb Jamaldini spoke about the deprivation of Balochistan. He said if an electricity line in Quetta is damaged it is not repaired for weeks but a damaged pipeline supplying gas out of Balochistan would get fixed withing hours. He said this injustice should end.