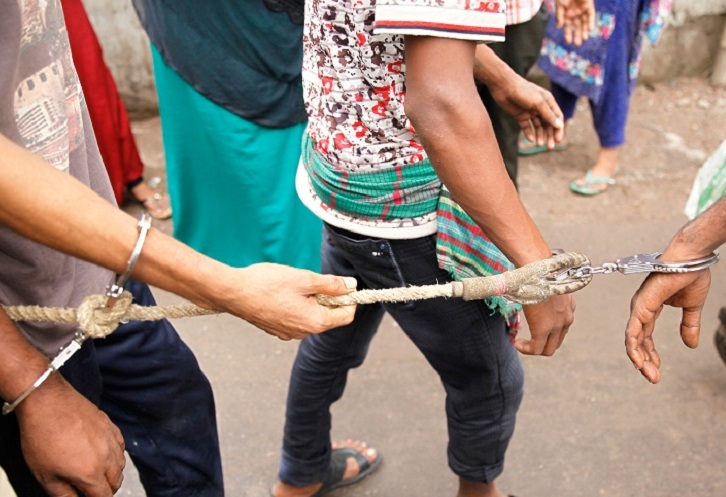 Many leaders and activists of different militant outfits have reportedly started coming out of their hideouts and carrying out their organisational activities again in the country.

The secret militant activities have come to light after the Rapid Action Battalion has arrested a large number of militant suspects in recent times.

Challenging the government as well as law enforcers, the banned Islamist organisation Hizbut Tahrir continued its activities in the country, intelligence sources said.

The banned militant outfits are trying to reign supreme in the country, cashing in on the Covid-19 epidemic.

Militants went into hiding in the face of an anti-militancy drive across the country.

From the very beginning, RAB personnel have been working hard to root out militancy from the country.

“Our teams, many of them plain-clothes detectives, are moving round to catch leaders and activists of nine banned militant outfits, including Hizbut Tahrir, JMB, Ansarullah Bangla Team and Harkatul Jihad.

“In separate drives, our members have so far arrested over 500 suspected militant activists from different parts of the country in the last one year, the RAB director pointed out.

In the posters, various slogans, including establishing Islam in the country, saving its sovereignty, its gas and oil, and creating powerful defence forces free of the influence of the United States, the United Kingdom and India, were found.

On October 22, 2009, the government banned all activities of Hizbut Tahrir.

Leaders of this organisation are trying to make meritorious students members at their coaching centres in the capital and elsewhere in the country.

Activists of Hizbut Tahrir are making posters on different walls at different strategic points in the capital and issuing various statements, highlighting their organisational activities.

While visiting many areas in the capital, including Shegunbagicha, Purana Paltan, Malibagh, Mouchak, many of such posters pasted on different walls inscribed with various exciting slogans in favour of their organisations. The posters urged Muslim Ummah to establish the Islamic Khelafat.

Some locals said such posters are pasted on different walls and other key points in the capital in the dead of night.

The militant organisations are also reportedly sending press statements to different newspaper and television offices to run their organisational news.

One of such press statements sent to the Daily Sun office reads, “On the centenary of the destruction of Khelafat, Hizbut Tahrir, Bangladesh has organised a month-long campaign this month.”

The unusual activities of Hizbut Tahrir have suddenly increased in the capital and elsewhere in the country.

Like JMB and Ansarullah Bangla Team, Hizbut Tahrir leaders and activists continued organisational activities with a view to re-establishing an Islamic caliphate in the country, detective sources said.

The militant group is carrying out its campaign, braving police arrest.

A good number of its activists have already been caught by law enforcers in different parts of the capital.

The sources said they have information that some banned militant organisations, including JMB, Huji and Hizbut Tahrir having link with international terrorist outfits, are now trying to motivate its leaders and activists.