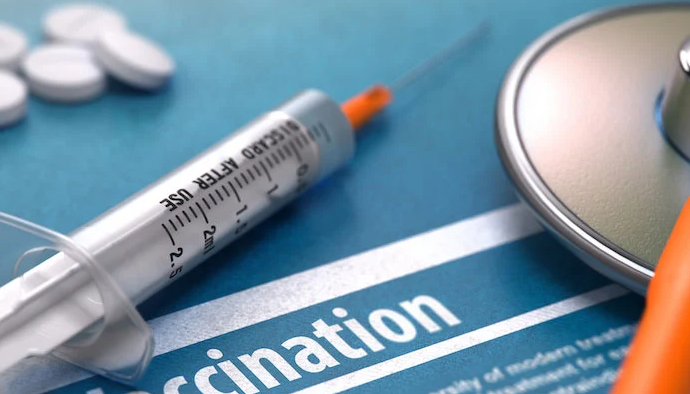 IPSOS survey finds Pakistanis leading among nations resisting vaccination shots against the coronavirus. According to the survey, 21 per cent Pakistanis opposed vaccination, followed by 11 pc Americans and 10 pc Italians.

According to the poll, 61 pc favoured vaccination, 15 pc want early jabs, 39 per cent expressed their hesitation, 23 pc were scared with serious side effects.

According to IPSOS, which is a market research company found on an average Pakistanis stand among the forefront of the nations resisting vaccination against Covid-19. Only half of the total respondents were positive over vaccine being made available in 2021, whereas 89 pc were hopeful of getting vaccination free of charge. As many as only three percent respondents knew vaccines by name.

IPSOS surveyed the sample population of 1,054 people about the efficacy of the vaccine from Feb 25-March 1. They consisted of 65 pc men and 35 pc women of which 14 pc belonged to the rural areas and 86 pc represented urban areas.

As many as 61 pc favoured vaccination, 39 per cent expressed their hesitation and this has been the trend since Nov 20, 2020. In countries like Brazil and UK, those favouring vaccination stand at 88 pc and 89 pc respectively, followed by Mexico, Canada, Italy, Spain, USA, China, Australia, Germany, France, S Africa, South Korea and Pakistan, Japan and Russia.

According to the survey, 15 percent of those polled wanted the vaccine shot early, 8 pc want to be vaccinated within one month.

People expressing hesitation against vaccination offer different reasons. As many as 23 pc are scared of the jab, 21 pc expressed outright rejection of any vaccine, 19 pc feel that the vaccine has been rapidly manufactured without effective testing against the side effects. Comparatively Pakistanis are not scared about the side effects but rather outright oppose vaccination conceptually.

Among the nationals rejecting any form of vaccination, Pakistanis lead by 21 per cent, followed by 11 per cent Americans and 10 pc Italians. Every one out of three respondents were not hopeful of vaccine’s availability, while as many as half of those polled are hopeful that the vaccine would be available in 2021.

As many as 9 out of 10 Pakistanis expect the vaccine to be freely available. At the same time, only three per cent of the sample polled knew vaccines by name. Of those, 8 out of 10 do not know the vaccines by names. The survey also found that most of the respondents are confused about the procedure to get vaccinated.