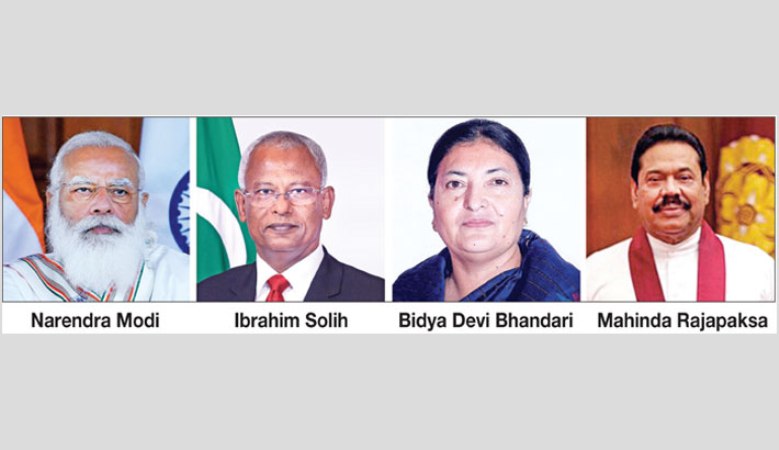 World leaders will attend in person and digitally the grand events, marking the golden jubilee of Bangladesh’s independence and the birth centenary of Father of the Nation Bangabandhu Sheikh Mujibur Rahman from March 17-27.

While Solih of the Maldives, Modi of India and Rajapaksa of Sri Lanka, as the heads of their respective governments, will hold talks with their Bangladesh counterpart Sheikh Hasina.

High officials at the Prime Ministers’ Office and the Foreign Ministry said Bangladesh has been in close contact with the governments of India, the Maldives, Nepal and Sri Lanka on signing instruments on various issues during the visits of the four South Asian leaders.

The government has chalked out 10-day elaborate programmes, to be held at National Parade Square in the capital, to mark 50 years of Bangladesh’s independence and Bangabandhu’s birth centenary.

The gala celebrations will begin on March 17 and conclude on March 26. All the four leaders will deliver separate speeches from the National Parade Ground from where the function would be made available on virtual platforms for viewers.

While the world leaders, including USA, Canada, China, France and several other high-profile dignitaries, are expected to send video messages, marking the great occasion.

Prime Minister of Bhutan also expressed his desire to join the celebrations, Foreign Ministry officials said. China wishes to send a top ranking leader, who will carry the message of President Xi Jinping on the occasion. Prime Minister of Canada and President of France will also send messages.

Meanwhile, US Ambassador in Dhaka Earl Miller during a meeting with Foreign Minister AK Abdul Momen said a high-level dignitary from the US government is likely to visit Bangladesh in near future to join the year-long celebrations of Bangabandhu’s birth centenary.

The US envoy also stated that there is possibility of receiving video message from US leadership on the occasion of the 10-day celebrations this month.

Officials of Home Ministry and the Birth Centenary Celebration National Implementation Committee said they will avoid large-scale public gatherings because of hygiene rules.

They said the invited guests at the in-person events have to undergo Covid-19 testing and carry a negative report to attend the event. The certificate of the test will remain valid for 48 hours.

About 500 guests from home and abroad will be invited to the National Parade Ground event, which will also be broadcast live so that people across the world can see it.

The invitees will attend the programme in-person for four days, while the events of the other six days will be broadcast live. Special arrangements will be made for the heads of state and governments attending the celebrations.

Apart from ensuring security at the National Parade Ground, security measures will be taken during the movement of foreign dignitaries, diplomats and other eminent personalities from home and abroad, and also at the installations where they will stay, they said.