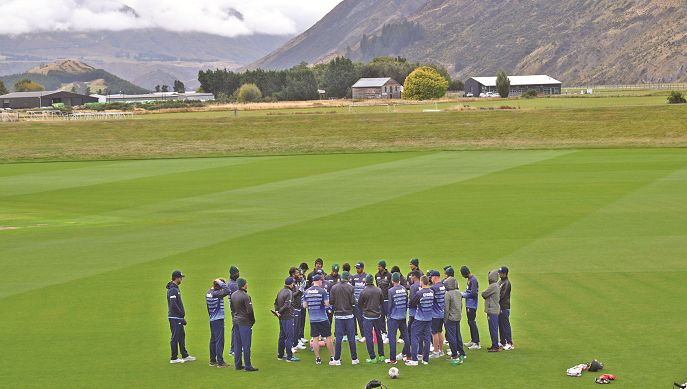 Bangladesh spin consultant Daniel Vettori said on Thursday that he feels Mehidy Hasan can bring a lot to the table in the upcoming white-ball series against New Zealand considering slow bowlers is expected to play a vital role in the series.

Bangladesh are without their star all-rounder Shakib Al Hasan in New Zealand who was ruled out after injuring his thigh and he also is awaiting the birth of his child.

However, according to Vettori, the likes of Mehidy, who is touring New Zealand for the third time, can lead the spin attack in Shakib’s absence.

“Mehidy Hasan (Miraz) in particular how experienced he is and how successful he was in the recent series against West Indies, I think he can bring a lot to the table,” Vettori said, who joined Bangladesh team in Queenstown on the same day where they completed their first training session as a whole unit.

“He will be backed up by Mahedi (Hasan) and Nasum (Ahmed). I think they can really find a place in the team and contribute to performance,” he added.

In the recently concluded five-match T20 series between New Zealand and Australia slow bowlers proved to be a decisive factor as Ish Sodhi, Mitchell Santner, Ashton Agar and Adam Zampa were the pick of the bowlers in the series which also validated Vettori’s assessment.

“I think spin can play a big part. You see how successful Mitchell Santner and Ish Sodhi have been in the recent series. Even Ashton Agar and Adam Zampa played their roles. Everyone knows that spin is an important part of white-ball cricket,” Vettori said.

Vettori added that the experience of Tamim Iqbal will be invaluable in the series as he is well aware of what will work and what won’t in this condition.

“I think Bangladesh is lucky coming into this tour with Tamim as captain. He is very open-minded. Because he has come across the challenges of New Zealand before, he understands what hasn’t worked in the past. I think he is positive around working towards things that can work,” said Vettori.

Vettori, who has 40 days remaining on his 100-day contract, earlier could not join the team during their recent home series against West Indies owing to the COVID-19 travel restrictions.

“I am very happy to be back with the Bangladeshi boys in Queenstown. It is exciting to see everyone again after about a year,” he said.

“It is nice to see all the familiar faces, particularly the spin bowlers and getting back in the nets with them. It has been a long time so any cricket or outdoor stuff is great.

“New Zealand has been fortunate as we have been able to keep going with sports. Bangladesh series will just be a continuation of that,” he added.