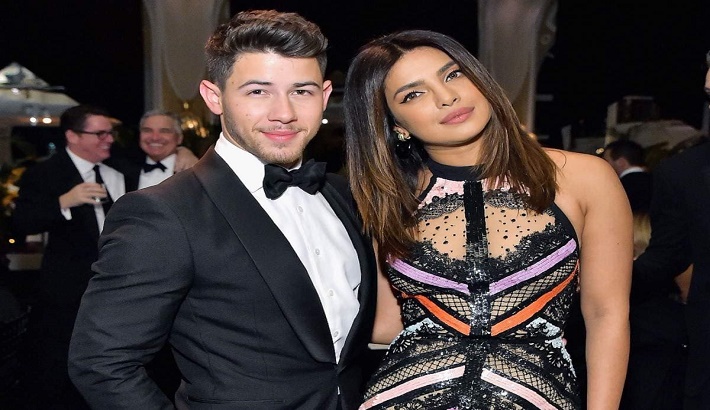 It will be a couple's affair when the nominations for the 93rd annual Academy Awards are announced!

The Academy took to Twitter and revealed that the power couple will announce the nominations in all 23 categories at 5:19 am on Monday. The nominations will be announced in two parts via global live streaming.

Priyanka and Nick also shared the news on social media in a video where the 'Mary Kom' actor ended up making a little gaffe.

The Academy Awards are happening after a long delay this year. Usually scheduled for early February, the ceremony is slated to take place on April 25 this year, due to the ongoing coronavirus pandemic. The 93rd Oscars will be televised live on ABC.

Films like Chloe Zhao's 'Nomadland', Aaron Sorkin's 'The Trial of the Chicago 7', and Emerald Fennell's 'Promising Young Woman' are expected to receive many nominations from the Academy.

Priyanka's latest outing 'The White Tiger' is expected to score several nominations as well. On Tuesday, the film earned two BAFTA nods for Best Screenplay and Best Actor (Male) for Adarsh Gourav. Priyanka, who also starred in the movie, is one of the executive producers of the film, ANI  reported.