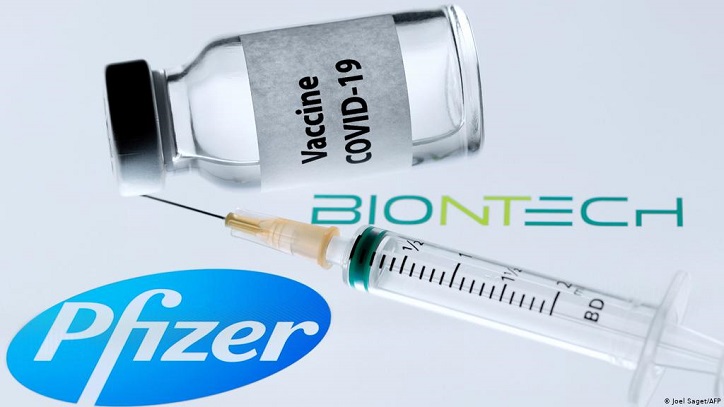 "Let me be clear: we have not blocked the export of a single Covid-19 vaccine or vaccine components," he told parliament.

"This pandemic has put us all on the same side in the battle for global health. We oppose vaccine nationalism in all its forms."

Johnson's comments came after London summoned an EU diplomat for a dressing-down, and wrote to Michel to protest about his claim made in a newsletter.

Michel wrote that "the United Kingdom and the United States have imposed an outright ban on the export of vaccines or vaccine components produced on their territory".

But EU deputy ambassador to the UK Nicola Mannion was summoned for a meeting to "set the record straight" at the foreign office on Wednesday morning.

The row is the latest in a series of ugly vaccine spats since Britain fully completed its Brexit departure from the European Union in January.

More than 22.5 million people have so far received a first jab of a Covid vaccine in Britain -- one of the highest numbers in the world.

But the EU is under pressure over its own inoculation strategy, and has partly blamed the Anglo-Swedish firm AstraZeneca for failing to fulfil its order due to European production issues.

Brussels, Dublin and London were plunged into chaos on January 29 when the EU unveiled plans to unilaterally undo elements of the Brexit deal governing Northern Ireland, in order to prevent vaccines leaving the bloc.

The special post-Brexit trade rules -- painstakingly negotiated since Britain's 2016 decision to split from the bloc to guarantee peace in Northern Ireland -- had been operating for less than one month.

An outcry from Britain, Ireland and Northern Ireland forced the EU into a speedy U-turn -- reversing a plan now widely considered to have been a diplomatic bungle.