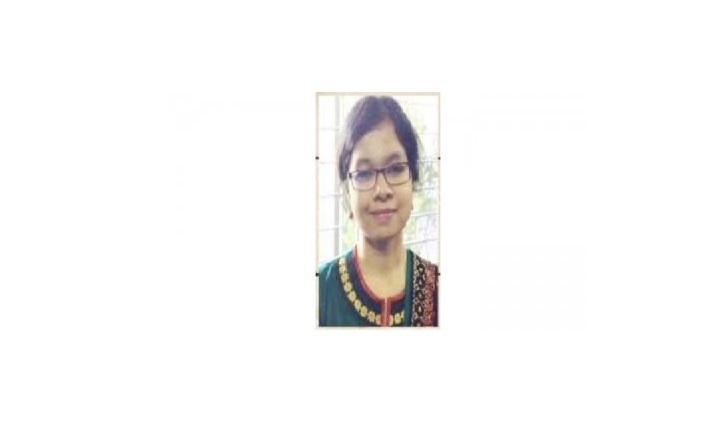 A fairytale of some naive birds

Today, I regret staring at some birds for too long.

Dissect each chirp, find a meaning or two.

Clap your hands first, then let them ease back.

Or find a destination, as with time we disperse.

We are just some birds with weary feathers that lay flat.

Our wings are a strong gust of wind, that panics every now and then.

Our bloods are all warm, if you like - we can spill.

Are the sparrows your friend?

Is the shalik yours too?

Do you think it appropriate to shut windows when it rains,

When you should call upon us, as your friends, we're the same


The birds spoke too much, so I closed the shutters,

And went back into my cage,

as my window fought against some silly birds

and their non-stop monologues.

My happy days are up on the wall.

In frames, lopsided and embellished.

A purple enigma, a token of royalty

The hidden motive behind a smile.


My sad days are lined up behind the dresser

In tight corners, within sheets of ironed out modesty.

The grey projection of my emotions,

Behind the backdrop of a theatrical curtain call.


My jealousy is on the kitchen sink

Submerged in doubt and suffering from tinnitus,

Reminding it of a constant need to upstage the spectator,

The one not in competition but still a


My love is not in order,

Not found in any obvious corner

Or under the chandelier all lit up

And ready to go.

But some wish fulfillment beneath the shooting stars.


Sometimes when I get sick of colors,

Because it is the only light that surrounds me,

As I clean up the rest of my palette.


Protiti Rasnaha Kamal is a recent graduate of Mount Holyoke College, USA. She was born and raised in Bangladesh. Inspired by a creative writing class, she got into writing. Other than that, she enjoys music and writing prose too. Some of her works can be found at https://www.thealiporepost.com/

Protiti Rasnaha Kamal is currently a name rising in the world of poetry. I have read some of her poems published in a very prestigious Indian magazine, the Alipore Post, and some other poems also in December 2021 issue of the Bangla Academy Journal. The poems are very heart touching. Protiti has already proven her excellence as a poet in both the national and international perspectives. She has actually inherited her talent and genius from her worthy mother Mrs. Chowdhury and a renowned poet Kamal Chowdhury who are the most enlightened parents of Bangladesh.

The art or aesthetic side of poetry depends principally on its presentation. Leonardo da Vinci has stated that “simplicity is the ultimate sophistication”, meaning, simplicity should be the core of a successful presentation. I would rather say that Protiti is highly successful in this regard-- her poems are lucid but penetrating like an arrow of thin air.

Protiti’s poems are marked with unprecedented but appropriate and striking metaphoric symbols. Symbols and metaphors presented in all of her poems are of great value and significance. In her poem, titled A Fairytale of Some Naive Birds, she has presented the protagonist of the poem as a caged bird, who fears to face the sky or the nature. The poem also reminds us of ‘Khanchar Pakhi, Boner Pakhi’ (The Caged Bird and the Wild Bird), the famous poem written by Nobel Laureate Bengali poet Rabindranath Tagore, though in her poem Protiti has expressed the agony of the caged bird in a far more prosaic but poignant way thanthat of Tagore’s poem. Tagore has seen the situation of the caged bird from a remote but sympathetic philosophical viewpoint, while Protiti has looked at it in a personal painful point of view. When the great poet’s poem is concluded with a sad note of helplessness that the caged bird and its wild counterpart would never be able to get together, the finishing lines of Protiti’s poem is an echo of a strong note of rejection of the wild or the nature, when she says:

“The birds spoke too much, so I closed the shutters,

And went back into my cage,

as my window fought against some silly birds

and their non-stop monologues.”

A deep grief is also hiding inside such reactions-- she has closed the shutters and has gone back to her cage, but her window is fighting against this decision of rejection. The window is actually the symbol of a hindrance between the monotonous, mechanical and melancholic life inside the four walls of a room or a cage and the cheerful carefree life amid nature. The poet seems to have lamented the dilemma in the poem of how the modern human beings have closed themselves in their self-made cage of egoism and selfishness.

In this way, Protiti gets in the realm of symbolism, which is actually one of the major identification marks of modern poetry. Overtime the symbolism and decadency are walking hand in hand in the progress of poetry. For more than one and a half centuries last, symbolism is reigning in the realm of poetry. And we notice with high admiration that Protiti, at the prime of her age and poetic career has excelled enough in using symbolic cues and hints excellently.

Protiti’s poems remind us of another young Bengali female poet, who was born around 165 years ago, and who excelled in writing poems not only in English, but also in French-- in two topmost languages of Europe. Actually, she was one of the founders of the Indo-Anglican line of literature. She was widely acclaimed by the English (as well as the French) critiques. Her name was Toru Dutt (1856-1877), who lived and served literature only for a few years, but left an irremovable impression of her literary talent and skill behind. When Ancient Ballads and Legends of Hindustan by Toru Dutt appeared posthumously in 1882, Edmund Gosse wrote an introductory memoir for it: The ballads are essentially Indian in genre and outlook and are the poetical attempts to reveal her return to her land. They enshrine what she had learnt of her country from books and from her people. She did not Anglicize her ideas but kept close to the ethical values of the original tales while her understanding of modern life and dedication to craft helped her make them more relevant to posterity.

This is very much appropriate for Protiti too. Following Goose’s statement on Toru Dutt, we can opine that Protiti’s poems are essentially Bengali in genre and outlook and reveal her poetical attempts to return to her culture. But when Toru’s poems revolve around themes of loneliness, longing, patriotism and nostalgia, Protiti’s poems seem to deal with personal grief, agony, nausea and disillusion, which are considered as the hallmarks of modern mind in a mechanical, anti-nature society.

We have found in the meantime that colours play significant symbolic roles in some of her writings, as it is also seen in the second poem under discussion. In the poem correctly titled‘Emotion’, colours areusedsmartly to show different forms and shades of human emotions-- both delightful and painful. The joy in the poem is a ‘purple enigma’, the pain is a ‘grey projection’, and thejealousy ‘spurts yellow ray’. But the protagonist seeks her only relief in love, which is not a colour but a light. She concludes the poem with the following lines:

“Sometimes when I get sick of colors,

Because it is the only light that surrounds me,

As I clean up the rest of my palette.”

Here we fill a heart yearning for love, and reading the poem “makes my body so cold no fire ever can warm me”, as it was told by Emily Dickinson to define poetry.

Sincerely speaking, itseems an approach of appraisal of a poet, who has already occupied a significant position in the literary world. Criticism of course, as T. S. Elliot has said, never does find out what poetry is, in the sense of arriving at an adequate definition. Nor can criticism ever arrive at any final appraisal of poetry. No theoretic ingenuity will suffice to answer the question of whether this is a good poem because no theory can amount to a fixed definition which is not founded upon a direct experience of good poetry; but on the other hand, our direct experience of poetry involves a good deal of generalizing activity.

Keeping all these aspects in mind, nevertheless, we feel compelled to mark Protiti’s poems really remarkable because of her poems’ igniting and melting our heart simultaneously. Protiti is a rising star who is continuously contributing to the world literature by her significant poems, which focus on human mind, loneliness, social values, nationalism,nature and so on.Wefirmly believethat a truly bright poetic future is waiting for Protiti with a lot of immense honours and acclamations in the national and international perspectives.

(Author is the Professor of English and Chairperson of the Department of English at Islamic University, Kushtia, Bangladesh)